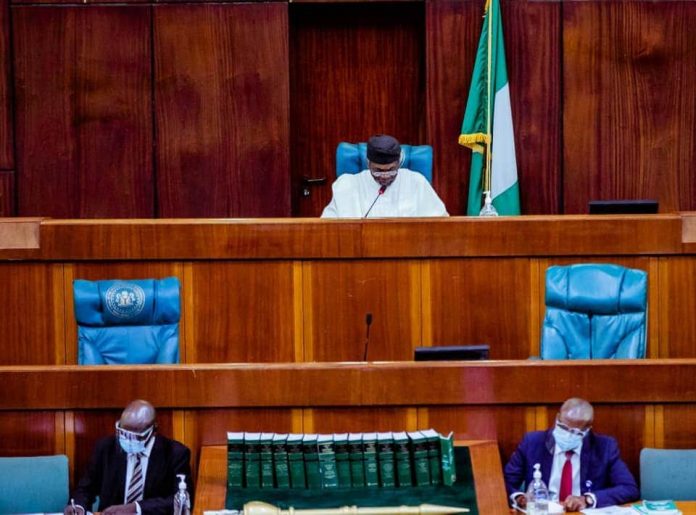 The House of Representatives has directed the Clerk to the House to engage the services of legal counsel and initiate a criminal complaint of perjury and explore the possibility of a civil defamation suit against the Minister of Niger Delta Affairs, Godswill Akpabio.

The Speaker of the House of Representatives, Femi Gbajabiamila, stated this on Thursday, July 23.

Akpabio had, on Monday July 20, alleged that the National Assembly members  were the ones that had enjoyed over 60% of NDDC contracts.

Gbajabiamila said the Minister had failed to respond to his 48-hour ultimatum to substantiate his allegation.

He  concluded that the statement was intended solely to gaslight the nation to avoid accountability for the evident maladministration and malfeasance in the Niger Delta Development Commission (NDDC).

“Last Tuesday I issued a 48-hour ultimatum to the Minister of Niger Delta Affairs to substantiate his allegation that over 60% (sixty per cent) of contracts awarded by the Niger Delta Development Commission (NDDC) went to members of the National Assembly.

“I said then that the Honourable Minister owed it to himself and the country to provide evidence to support these serious allegations.

“The Honourable Minister has failed to respond to my request. Therefore, I must conclude that his statement intended solely to gaslight the nation to avoid accountability for the evident maladministration and malfeasance in the Niger Delta Development Commission (NDDC).

“In my time in the House of Representatives, I have held every leadership position from Minority Whip, through to Minority Leader, Leader of the House and now Speaker.

“I recognise that the House has not always lived up to the high expectations of the Nigerian people. As much as we still have a lot to do in that regard, I refuse to sit here in good conscience and allow anyone to assassinate the character of the House in an attempt to deflect accountability for their conduct in office.

“Such mendacity as was witnessed at the public hearing will not be tolerated from anybody no matter how highly placed.

“This morning, I asked the Clerk of the House of Representatives to engage the services of legal counsel, and instruct them to initiate a criminal complaint of perjury against the Minister.

“At the same time, we will instruct counsel to explore the possibility of a civil defamation suit against the Minister.

“The House of Representatives is a public trust placed in our care for the duration of our term in office. We must prove ourselves worthy of this public trust or risk the censure of history.

“Therefore, we will resist every attempt to undermine this institution, whether such attempts come from within or from outside. This House will live up to the highest expectations of the Nigerian people. This is our commitment, and we will not fail.

“Thank you. God bless you all and God bless the Federal Republic of Nigeria.”

Anenih: Two years after, the same narrative, By Sufuyan Ojeifo