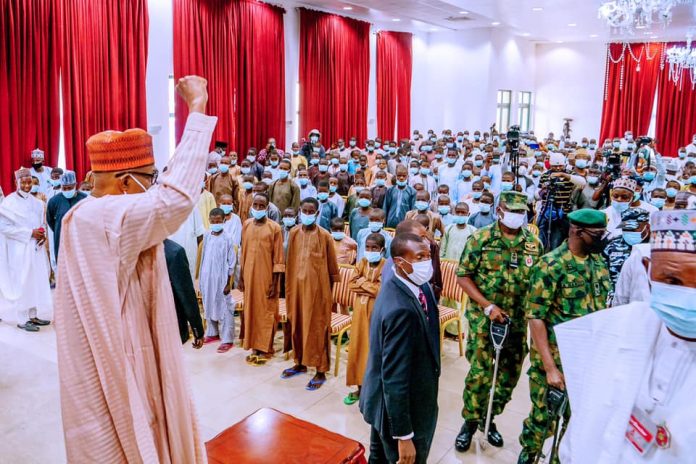 The title of a Shakespeare play, “All’s well that ends well,” aptly captures the sigh of relief that trails the December 17, 2020, safe return of 340 students of the Government Science Secondary School (GSSS), Kankara, Katsina State, North-West of Nigeria.

The symbolism of CAMP NEYA, By Sufuyan Ojeifo

To kill the mocking bandits: Is President Buhari unwittingly breaking the...