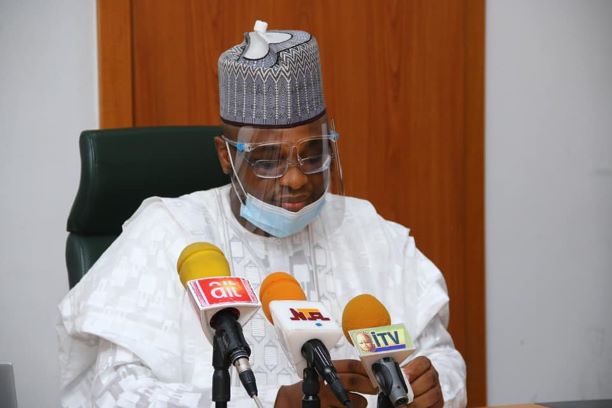 The federal government said there was no truth in the reports that it had procured a hybrid radio spectrum monitoring  equipment at a whopping sum of N654 billion.

The Ministry of Communications and Digital Economy issued the  refutal  on Ftiday in a statement by its Director of Publuc and Press Affairs, Mrs Philomena Oshodin.

The Ministry said that what was procured fir N654 million (not billion) as indicated in the following lines: “…the Ministry of Communications and Digital Economy sought and obtained approval to acquire 1 additional Hybrid Mobile Radio Spectrum Monitoring System in the sum of N654 million to be sited in Anambra State to reduce the coverage area for both Abuja and Ogoja Stations.:

The attention of the Ministry of Communications and Digital Economy, has been drawn to the misrepresentation of the approval granted to the Ministry to purchase and deploy Radio Spectrum Monitoring Equipment to the South-East Geo-political Zone of the Country.

The issues raised by some of the socio-cultural organizations to the approval granted for the procurement of the Hybrid Mobile Radio Spectrum Monitoring Equipment are that:

The approval was intended to monitor illegal radio communications in the South-East Zone.

The purpose was to curb the activities of the Indigenous People of Biafra (IPOB) in order to monitor and shut down their communication.

The amount approved is a humongous sum of N654 billion.

All the issues raised in Paragraph 2 above are false and a complete misrepresentation of the facts.

There is the need to state the facts as follows:

Radio Spectrum Frequency is a scarce natural resource of a country and is allocated after payment of fees for use by individuals, corporate and government organisations including security agencies after the application and approval by the Ministry of Communications and Digital Economy. This is done after the payment of relevant fees.

The Licence is renewable every year.

To ensure compliance by users of assigned frequencies, the ministry obtained an approval in 2017 to acquire 5 Radio Spectrum Monitoring Equipment and two (2) Denial of Service Equipment.

The 5 Radio Spectrum Monitoring Equipment were deployed to monitor the whole Country as follows:

During the Monitoring Exercise, it was discovered that the Abuja and Ogoja Stations were being over stretched as coverage areas was too large for effective and efficient monitoring.

Consequently, the Ministry of Communications and Digital Economy sought and obtained approval to acquire 1 additional Hybrid Mobile Radio Spectrum Monitoring System in the sum of N654 million to be sited in Anambra State to reduce the coverage area for both Abuja and Ogoja Stations.

This will reduce Abuja Station coverage and enable Abuja to cover Kwara and Ekiti thereby reducing the coverage areas for Lagos and Gusau Monitoring Stations.

These monitoring systems can and will actually detect any un-licenced frequency user. However, any intended user (Individual, Corporate and Government Organisations) is required to apply and obtain Licence to operate within their assigned frequency range without any hindrance. The purpose of the Licence is to avoid the incidence of harmful interferences to duly licenced users.

The public may wish to note that the Ministry of Communications and Digital Economy does not have the mandate of monitoring radio broadcasting stations and their services.

Nothing in the above narration has anything to do with activities of any socio-cultural organisation(s).