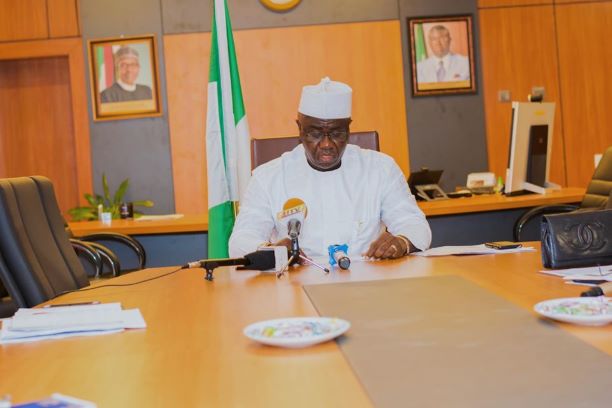 Minister of State for Budget and National Planning, Prince Clem Ikanade Agba, has assured Nigerians that the Federal Government is committed to facilitating a private sector-driven process of inclusive and participatory national development plans.

Agba spoke on Tuesday during the virtual inauguration of the Central Working Group (CWG) for the development of Nigeria Agenda 2050 and the Medium-Term National development Plans (MTNDPs) (2021-2025) and (2026-2030).

He said “this will be a truly national development plan led by the organised private sector and enabled by Government.”

“The planning process will be inclusive and participatory with full involvement of the sub-nationals (State and Local Governments), three major political parties, the National Assembly, youth and women organisations, physically-challenged and other relevant stakeholders.

“The governance structure has three levels with Technical Working Groups (TWGs) as the base where all technical works will be carried out before escalation to the Central Working Group (CWG), which has oversight functions on the TWGs.

“At the top is the Steering Committee, which has oversight on all the planning process and this is chaired by Mr Atedo Peterside and co-chaired by the Minister of Finance, Budget and National Planning, Dr (Mrs) Zainab Ahmed,” the minister stated.

He explained that the initiatives were designed to be successor plans to Nigeria’s Vision 20:2020 and the Economic Recovery and Growth Plan (ERGP) 2017-2020, pointing out that the plans were to address development challenges in all aspects of the country’s national life within the agreed time-frame.

The minister noted that the ministry had agreed to use Econometrics and Input-Output Models for the preparation of the macro-economic framework for the MTNDP 2021-2025 and the subsequent ones such as MTNDP 2026-2030 while it would deploy the Dynamic Computable General Equilibrium (CGE) and System Dynamic-based Integrated Sustainable Development Goals Simulation (SDG) Models in developing  the Nigeria Agenda 2050.

He disclosed that in order to achieve a robust long-term perspective plan, he had recommended the application of the concept of futurology which, according to him, “is not only about postulating possible, probable and preferable futures only, but also about creating the future we desire.”

According to him, “The inauguration of the CWG became imperative given the fact that the existing Plans are expected to lapse in December 2020 and the 2021 budget is to be guided by the Plan.  There is therefore limited time to deliver on the task at hand.”

The minister stated that the CWG would, among other terms of reference, coordinate sectoral approaches to highlight cross-cutting interventions for joint implementation, adding that “the adopted approach must address anticipated challenges of preparing an evidence-based national development plan and long-term vision document and make recommendations to the Minister for implementation.”

Agba explained that given the important roles that Nigeria plays in the global economy, the plan must, as a matter of conscious effort, be comprehensive and have the capacity to accelerate the attainment of various regional and global Agendas, including the AU Agenda 2063, ECOWAS Integration Agenda and the Sustainable Development Goals 2030.

Responding, Chair of the TWG, Dr Sarah Alade, expressed the commitment of the group’s members to delivering a well-articulated and robust national plan for the stability of the Nigerian economy.

She said the Nigerian development agenda would be guaranteed by the sustainability of the plans, adding that for the set-out goals to be achieved, there must be seamless delivery process and ascertained source of fund raising.

Man has become a danger to ozone layer, says Ikeazor

COVID-19 Vaccine: PDP blames Buhari for Nigeria’s disqualification by WHO

Why oil majors are selling their assets and leaving Nigeria —...