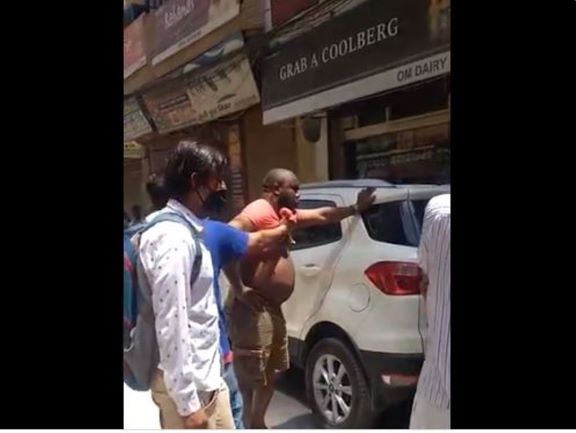 The Indian government has been asked by the Federal Government to account for the death of a Nigerian citizen who was “brutally beaten” to death in New Delhi, India. Chairman of the Nigerians in Diaspora Commission (NIDCOM), Abike Dabiri-Erewa, made the demand in a tweet calling on the Nigerian community in India to remain calm, as police was involved in the matter.

Dabiri-Erewa also said the Nigerian Mission in India has “reported to the police and has demanded a full investigation on this incident. We will keep on it and update. Sad!,” added. A video surfaced on social media of a tired Nigerian man being dragged by the shirt by an Indian man and was surrounded by others in what appeared to be a scene of violence.

Unconfirmed reports say the man whose name is Sunny Mike was a businessman in India and was allegedly  accused of theft by an Indian lady which prompted passers-by to beat him till he passed out. The reports also said by the time police arrived at the scene, the victim had died and his body was immediately moved to the morgue.

FG to receive 4.8m doses of vaccines on Monday