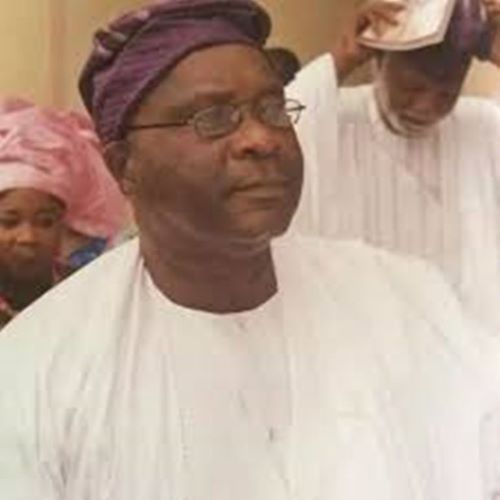 Elder Bode Oyewole, a veteran journalist and former Shooting Stars Sports Club of Ibadan (3SC), chairman and player, is dead. According to Nigerian Tribune, he was said to have died on Tuesday morning, July 14, 2020) in Ibadan.

Bode Oyewole started his journalism career in the Nigerian Tribune in 1972 with Folu Olamiti and Eric Teniola. Thereafter he moved to Radio Nigeria where he rose to a manegerial level before he retired and went into sports administration.

Oyewole was a member of the 1998-set of Shooting Stars Sports Club of Ibadan who won double titles in 1998. The team won the Nigerian League title and the West African Football Union (WAFU) Cup for Oluyole Warriors.

Meanwhile, the Nigerian Union of Journalists (NUJ), Oyo State Council on Tuesday mourned the passing of Oyewole who was Chairman of the NUJ between 1978 to 1980.

He was later Chairman of the Oluyole warriors, Shooting Stars Sports Club (3SC) of Ibadan.

Oyewole recently spoke with the incumbent, Ademola Babalola on July 3rd, 2020 following the news of the demise of one of his successors in office, Joe Abiola (a.k.a. Atumah). Abiola, who also died about three weeks ago, took over from Oyewole and was NUJ Chairman for two terms, spanning between 1981 to 1985.

Oyewole had assured Babalola through phone call that he would grace the burial of Abiola and especially tributes being planned in honour of the deceased by NUJ. It comes up this Thursday at 2pm in Iyaganku press centre.

Lamenting the deaths of the erstwhile union leaders, Babalola in a statement signed by the Secretary of NUJ, Comrade Sola Oladapo, described Oyewole’s passing as “shocking, devastating, unexpected, sad and one that caught the Union unawares” for the union, because of the outstanding career of the erstwhile Chairman.

Oladapo said the news came when the executive was planning a special programme in honour of Abiola, saying, “the news of his demise came at a time when his wise counsel, experience and charismatic attributes as a father figure in NUJ and the society in general is most needed.”

The NUJ prayed to God to forgive Oyewole popularly called Uncle B.O, and grant him eternal rest. It condoled the family especially the wife, Mrs. Bose Oyewole, the children and the veteran journalists in the State and pray God to give them the fortitude to bear his irreplaceable loss.

2023: Twitter users call on PDP to field Peter Obi/Kwankwaso on...

President Buhari invited to appear before House of Reps over insecurity...

Ekweremadu: Grazing is a matter for states, speaks on how Nigeria...

Bayelsa APC chair: Jonathan not yet our member