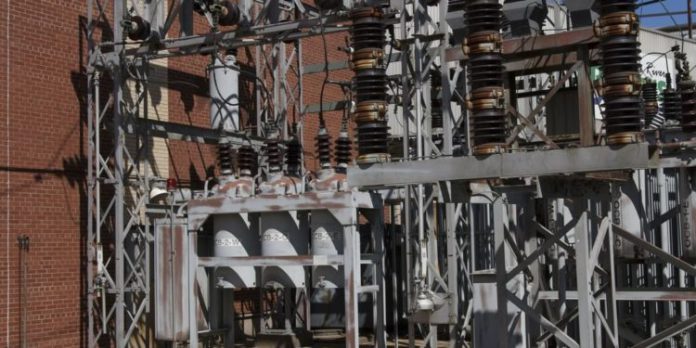 The “strange payment”, according to AMCOM, is in respect of the ongoing 215mw project in Kaduna, which is part of the Nigerian National Integrated Power Project (NIPP), of which about $16billion was budgeted but $8.5 billion has been spent since 2005.

There is suspicion that some top officials of the ministry conspired to make the payment to Rockson International Group Limited (UK) at a time the parent firm in Nigeria (Rockson Engineering Company Limited) was owing the Federal Government about N121.55 billion.

The EFCC has started probing why the ministry paid the N1.68 billion directly to the indebted contractor instead of  the Niger Delta Power Holding Company (NDPHC) which is in charge of all NIPP projects. AMCON made its position known in an August 27, 2019 letter to the Federal Ministry of Power. The letter was signed by its Managing Director, Ahmed Kuru and Group Head, Enforcement, Joshua Ikioda.

AMCON expressed fears that the Kaduna Power Project might be stalled as a result of the “strange payment.” The 215MW project is about 90 per cent completed but with little hope of resumption of work by Rockson Engineering Company Limited.

“The appointment of the Asset Management Corporation of Nigeria (AMCON) as Receiver Manager of Rockson Engineering Limited (RECL) and the reasons for the actions were conveyed to your Ministry vide our letters September 24, 2018 and January 18, 2019, respectively.

“Most importantly, this appointment was made for the purpose of supporting the Federal Government’s Power Sector development efforts. “The reason for the appointment of the Receiver Manager was made clear in the Receiver’s letter dated September 24, 2018, in which you were informed that RECL had persistently failed to meet its financial obligations to AMCON which stood at over N121.55billion as at August 31, 2018.

“The company’s indebtedness is directly attributable to weak governance practices and mismanagement which resulted in the company’s abysmal failure to discharge its contractual obligations of completing the NIPP and Kaduna Power Projects.

“To make matters worse for the projects, Rockson International Group Limited, UK (RIGL), the offshore company engaged to carry our procurement and services in collaboration is fully owned and operated by the same shareholders and directors as Rockson Engineering Company Limited.

“The unwholesome activities of both RECL and RIGL are currently under criminal investigation by the Economic and Financial Crimes Commission (EFCC) and the Independent Corrupt Practices Commission (ICPC).” AMCON said the EUR4,150,479.71 (about N1.68b) was paid in six tranches.

The letter added: “It is therefore with grave concern that AMCON received disturbing information that, in spite of the corporation’s commitment to partner closely with your ministry on the project, a  sum of EUR4,150,479.71(about N1.68b) has been paid to Rockson International Group Limited( which is a related company to Rockson Engineering) by your ministry details of which are as follows:

“This payment was effected without any reference to AMCON whatsoever despite AMCON’s concerted efforts to convince your ministry to deal directly with the corporation on all matters relating to the execution of the project.

We are bringing the above to your attention as it contravenes government directives and contrary to the spirit of Receivership. “We shall appreciate the opportunity to work together towards attainment of the government’s “power goal” and obligor’s obligation to government.

AMCON raised four issues for the ministry to address including the ascertaining of “what the payment was made for.”

It said: “We request the Honourable Minister to kindly: (i) Note that the ministry has not complied with the essence of the Receivership which is a close collaboration with the corporation on the project.

“(ii) Investigate the circumstances under which the payment of Euro 4.15m was made to RIGL without recourse to the corporation

“(iv) Put curative measures in place which will safeguard the collaboration between AMCON and the ministry on the project completion.”

But in a separate letter to EFCC, AMCON demanded outright investigation of the payment which may threaten the Kaduna Power Project.

It said: “We refer to our letter of August 27, 2019 to the Federal Ministry of Power of which EFCC is in copy. “We write to request that the commission urgently investigate the matter in our letter as the completion of the Kaduna 215 MW Power Plant may be greatly jeopardized without the issues raised in the letter under reference being resolved.

“Please, note that the Kaduna Project, which is almost completed (over 90 per cent), has been earmarked as one of the key projects that will boost electricity supply.”

A reliable source in EFCC said: “Our detectives have started looking into who authorized the payment, why normal payment channel was sidelined and why AMCON was sidelined. “What those in charge did was to split the payment into tranches which investigators are curious to know.”

There were indications last night that heads may roll in the Federal Ministry of Power. “We are already engaging in internal investigation of how the payment came about. All those implicated will face the wrath of the law,” a top official of the ministry.