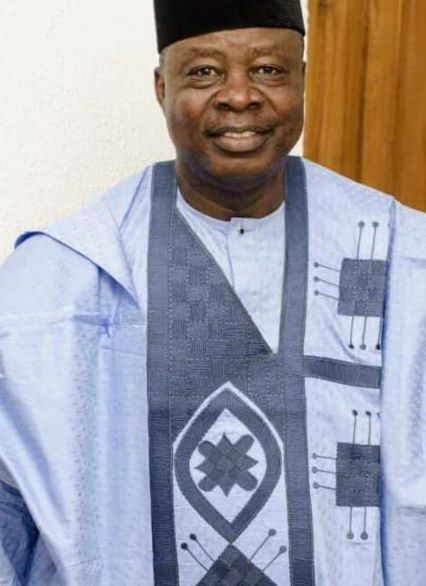 Minister of State for Budget and National Planning, Prince Clem Ikanade Agba, has described the State Chairman of the All Progressives Congress (APC) in Edo State, Col. David Imuse (retd.) as a builder
In a statement signed by his Special Assistant (Media), Sufuyan Ojeifo, Prince Agba was quoted to have said in his tribute to Col. Imuse on his birthday that the celebrant had other attributes that had endeared many people to him.
The minister’s birthday message reads: “I have neither silver nor gold to offer you on this auspicious occasion of your birthday, but I join millions of your well-wishers to congratulate you and thank God for your life.
“Your calmness, simplicity, sincerity of purpose, robust giving spirit, religious commitment to human capital development, willing assistance to the poor and needy and readiness to serve humanity are some of your attributes that have endeared many to you.
“Your achievements within the short period you have served as the Edo State Chairman of the All Progressives Congress (APC) have brought renewed hope to our members across the state who were beleaguered and disenchanted with the state of affairs of a once boisterous and dynamic political party, on which score you have written your name in gold.
“You have brought smiles to the faces of our party members in the State and renewed their hopes of a better tomorrow.
“You have restored the prestige of our party with a value-added leadership as your political integrity is not questionable.
“Your political behaviour is in accordance with Plato’s famous assertion that a leader ought to be a philosopher (not by propounding political theories) but one who has a clear-sighted vision of the true end of society, guiding his policies with that in view.
“Your training as an officer and a physician has surely helped to sharpen your discipline and  humanitarian disposition.
“The older the wine, the better it becomes. This is, therefore, not the time to feel old but rather renewed for greater responsibilities which lie ahead. Happy birthday our Chairman.”
Please follow and like us:

Baseless Allegation of Murder Against Hon Samson Osagie: A CALL TO...