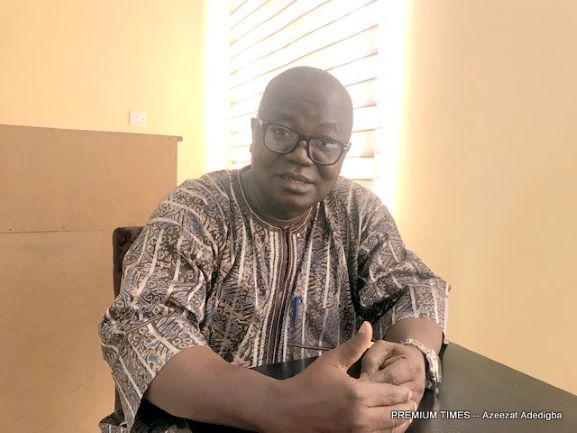 The President of the Academic Staff Union of Universities (ASUU), Abiodun Ogunyemi, has advised members of the union to be prudent in spending their paid salaries, saying the payment was not an indication that the disagreement with the government was over.

In a short message addressed to the union’s trustees, principal officers and zonal coordinators, a copy of which PREMIUM TIMES obtained, Mr. Ogunyemi noted that the advice became necessary following enquiries made by members from various universities.

He said members should not misconstrue the payment of withheld salaries as a favour done them by the federal government, adding that they were entitled to their wages as paid by their employers.

The president wrote; “Trustees, POs (principal officers) and ZCs (zonal coordinators): Good evening comrades. A number of our colleagues have called or sent messages to make enquiries about payment of the withheld February and March 2020 salaries of our comrades in federal universities through the rejected IPPIS platform.

“It’s clear that what government paid was rightfully earned by our members, not anything special or doing us a favour. Therefore, ASUU members have no apologies withdrawing from their accounts as appropriate.”

The federal government had on Friday paid the universities’ teachers’ withheld salaries for the months of February and March. But the April salary was not paid by the government, a development the union members described as an evidence that the government was yet to be committed to amicable resolution of the issues in contention.

The president added in his message that the crisis was not yet over and that members should be prepared for continued opposition to the deployment of the Integrated Payroll and Personnel Information System (IPPIS) for the payment of their wages.

He also said the resolution of all outstanding issues in the 2019 FGN/ASUU memoranda of action will continue to be pursued to a logical conclusion.

“However, our comrades are strongly advised to be prudent as the struggle for the rejection of IPPIS and resolution of outstanding issues in the February 2019 FGN/ASUU Memorandum of Action (MoA) is far from over. The struggle continues! Biodun Ogunyemi.”

ASUU called the strike on March 23 after the government in February stopped its members’ salaries across the federal universities for their failure to enroll for the centralised payment platform for federal government workers, IPPIS.

But at a meeting with the minister of labour and employment, Chris Ngige, in April, President Buhari directed that the withheld salaries be paid urgently.

The minister also said vice-chancellors had been asked to revalidate the affected lecturers’ bank verification (BVN) numbers and forward them to the office of the accountant-general of the federation for the payments.

ASUU has been locked in a protracted dispute with the Nigerian government over its opposition to the use of IPPIS for lecturers, saying it does not consider some of the peculiar operations of universities.

The lecturers’ union then developed a similar application to IPPIS, called University Transparency and Accountability Solution (UTAS), which it wants the government to adopt for universities.

The government, however, insisted on IPPIS.

ASUU then embarked on an indefinite strike, arguing that the implementation of the IPPIS was against the FGN-ASUU 2009 agreement.

Speaking earlier on the president’s directive that his members be paid, the National President of ASUU, Abiodun Ogunyemi, had told PREMIUM TIMES that the payment would pave way for meaningful engagement with government.

The astounding reality of two Emirs of Kano, By Kayode Ajulo,...

In a major shakeup, IGP orders posting, redeployment of CPs

ASUU threatens another shutdown of Varsities if…