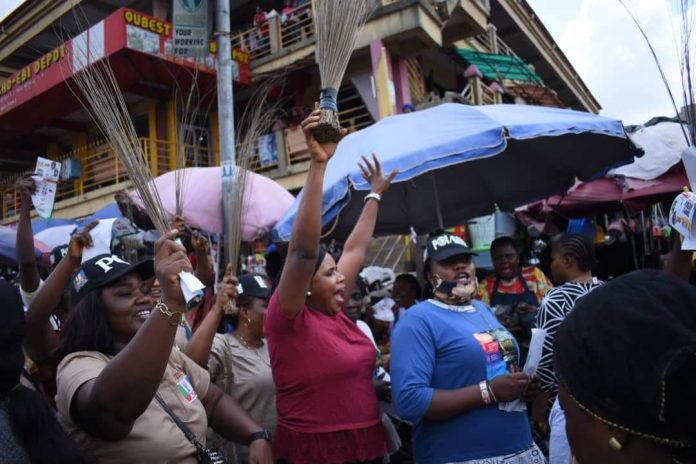 The Market Women Committee of the All Progressive Congress (APC) on Tuesday sensitized traders across major markets in Benin, on the SIMPLE Agenda manifesto of its Edo 2020 Governorship candidate, Pastor Osage Ize-Iyamu.

Speaking at New Benin market, Hon Sweet Ikponmwosa, Organizing Secretary of the committee, said the rally was to tell the traders the plans Ize-Iyamu has for traders if elected Governor.

She criticized the Obaseki-led administration for failing to provide security in market places following a series of fire outbreaks in major markets across the state, while assuring the market women that Ize-Iyamu will implement plans in his manifesto to secure the markets through the provision of a functional lighting system and an effective security network within the markets. 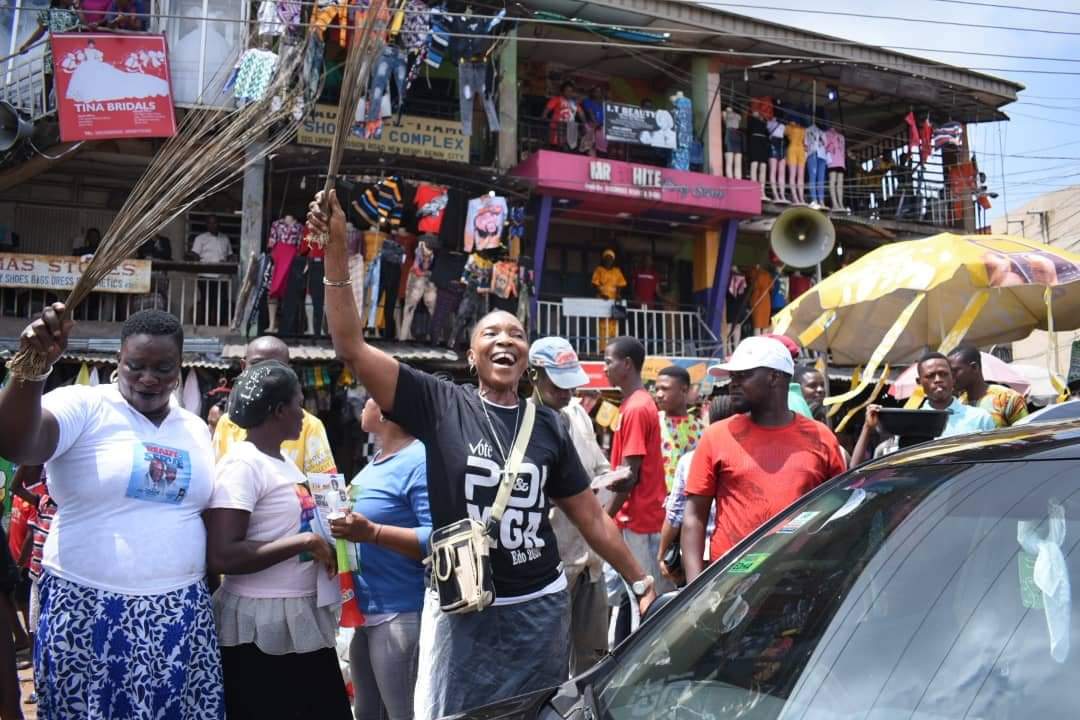 “The SIMPLE Agenda manifesto is about the security of life and property, empowerment, employment, social welfare, good leadership amongst others,” she said.

“We want you to support this change that will make life better for everyone. The present administration has refused to provide security for markets and this has led to the loss of millions of Naira through fire outbreaks.”

“The governor promised to give succor to victims whose goods were destroyed by the fire, but has not fulfilled this promise as I speak today.”

On her part, the Chairman of the Committee, Mrs. Shina Peters, educated the market women on safe ways to participate in the electoral process and the proper way to cast votes on Election Day.

In response, the traders promised to vote for the APC en masse at the polls. They condemned the incumbent government for imposing harsh fines over minor offenses and incessant arbitrary arrests and detainment without trial.

One of the traders, Mr. Emmanuel Chjnedu, said APC under the Adams Oshiomole administration in Edo constructed roads and schools all of which remain in good shape. On the contrary, he said the Obaseki-administration embarked on the imprisonment of market women and commercial bus drivers over minor offenses.

Only NEC can suspend me from PDP- Secondus