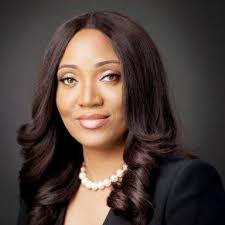 An enraged inernational traveller has narrated an allegedly unfair and bias treatment from the Nigerian Customs Service (NCS), which asked her to pay duties of over N175,000 on a bag and pair of trainer shoes.

But the Customs says she deserves the treatment she got and should not impute ethnic or other bias to her predicament.

Said Mrs. Udensi Adaeze Nwagboliwe, a banker: “I arrived with a pair of trainers and one mini-boy bag bought at the duty-free shop in Heathrow. For the records, I am a banker. I am not a trader.

“To my shock, Customs at Abuja airport headed by one Ms Essien and T. Abdulrahman said they do not qualify as personal effects and calculated duty payment of about N175,000 for me to pay. Most shocking to me was that I was the only passenger on that flight BA 083 from London that was singled out for this treatment.

“What are Nigerians able to buy when they travel? Ms Essien says that Nigerians are only entitled to N50,000 worth of goods. Everything above N50,000 is considered luxury and dutiable.

“I pointed out to her that someone who had shoes had just been released by same Customs without any charge and to my shock she said that it’s because he put his feet in it already”.

But the Customs in a statement by its spokesman, Deputy Controller Joseph Attah, debunked what it described as the “misleading narrative” by the banker.

He explained, “Mrs. Nwagboliwe who arrived the country onboard BA083 with passport No. A07994773 at Nnamdi Azikiwe International Airport had claimed that she was singled out and slammed with Customs Duty payment for one pair of shoes and “a mini boy bag” that should have been allowed to pass freely as personal effects.

“There is therefore the need to make public what actually transpired to put the record straight, especially as she maliciously introduced gender, tribal and other unnecessary sentiments into what was simply a case of being told to pay duty as what was in her possession was far above the allowable value of N50,000.00 and certainly beyond what normal discretion would allow.

“Upon routine search of this passenger’s luggage, operatives discovered a Loius Vuitton bag and shoe. Obviously knowing the luxury brand (Loius Vuitton), she was asked to produce the receipt which will be the bases for duty calculation or not. She could not produce the receipt of what she claimed she bought at the duty free shop at the point of departure, saying the receipt was with her husband who did not travel with her.

“The officers had to take the long route of ascertaining the current worth of her items through the internet. The luxury items were found to be worth N570,467.40k.

“Consequently, appropriate duty assessment of N165, 692.25k was made and given to her to pay into Federal Government coffer. Since she could not immediately go and pay, a detention notice was given to her showing that the items will remain with the Nigeria Customs Service until she pays and brings evidence of payment before they will be released to her.

“Instead of paying the assessed duty and pick up her items or request to see any superior officer should she have any reservation on the assessed value, she took to irresponsible use of the social media drawing all sorts of conjectures, gender (even when the officer, Ms Essien who attended to her is a lady), tribe etc and even inciting the public against the Service.

“Up till now, it is not clear why this lady would descend this low as to insulting a fellow woman and declaring her not fit to perform her duty and still find it convenient to complain of being ill treated on the bases of gender.

“Since her attempt to evade duty payment by refusing to produce receipt could not work, it appears convenient to transfer reluctance to pay tax into
unnecessary public incitement.

“For the avoidance of doubt, we are aware that many Nigerians complain about the allowable amount of N50,000.00, but until the law is changed, Nigeria Customs Service will continue to enforce the extant law that says personal effects shall not exceed the value of N50,000.00. Anything more than the approved value is considered Merchandise in Baggage and therefore liable for duty payment.

“We therefore call on members of the public to disregard these conjectures and give assurances of our resolve to treat all Nigerians with deserved courtesy and respect in the discharge of our statutory functions.”