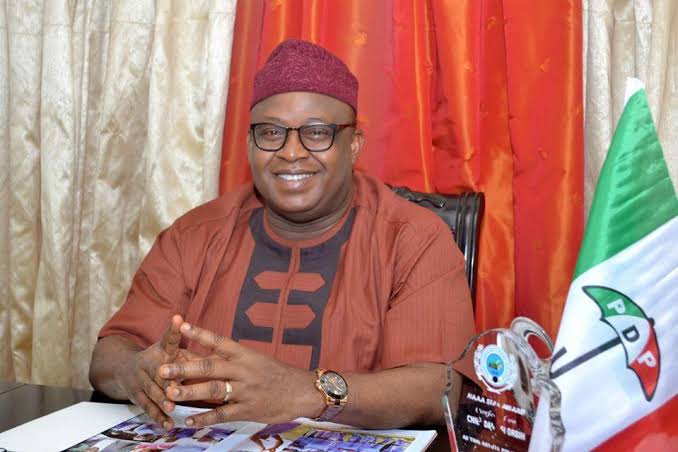 A Federal High Court in Abuja has granted an interim order of injunction restraining the Peoples Democratic Party from suspending Dan Orbih as the National Vice Chairman (South-South).

The order followed the motion on notice filed by Orbih to challenge his suspension from the party.

Justice O.A. Adeniyi ordered the defendant – the Peoples Democratic Party – from taking action on the resolution of October 7, 2021, at an enlarged meeting of party elders and state working committee during which the applicant was purportedly suspended.

The court said: “Accordingly, order of injunction is hereby made restraining the defendant, at any level of its agents or its officers, or howsoever described from giving effect to, recognising or acting upon the resolution of a group calling itself Edo North leaders/stakeholders of the defendant made on on October 7, 2021, purporting to suspend the applicant from the party, pending the hearing and determination of the motion on notice.”

Recall that Dan Orbih and seven other members of the party were reportedly suspended for alleged anti-party activities after a vote of no confidence was passed in them by some party members in Edo North senatorial district. 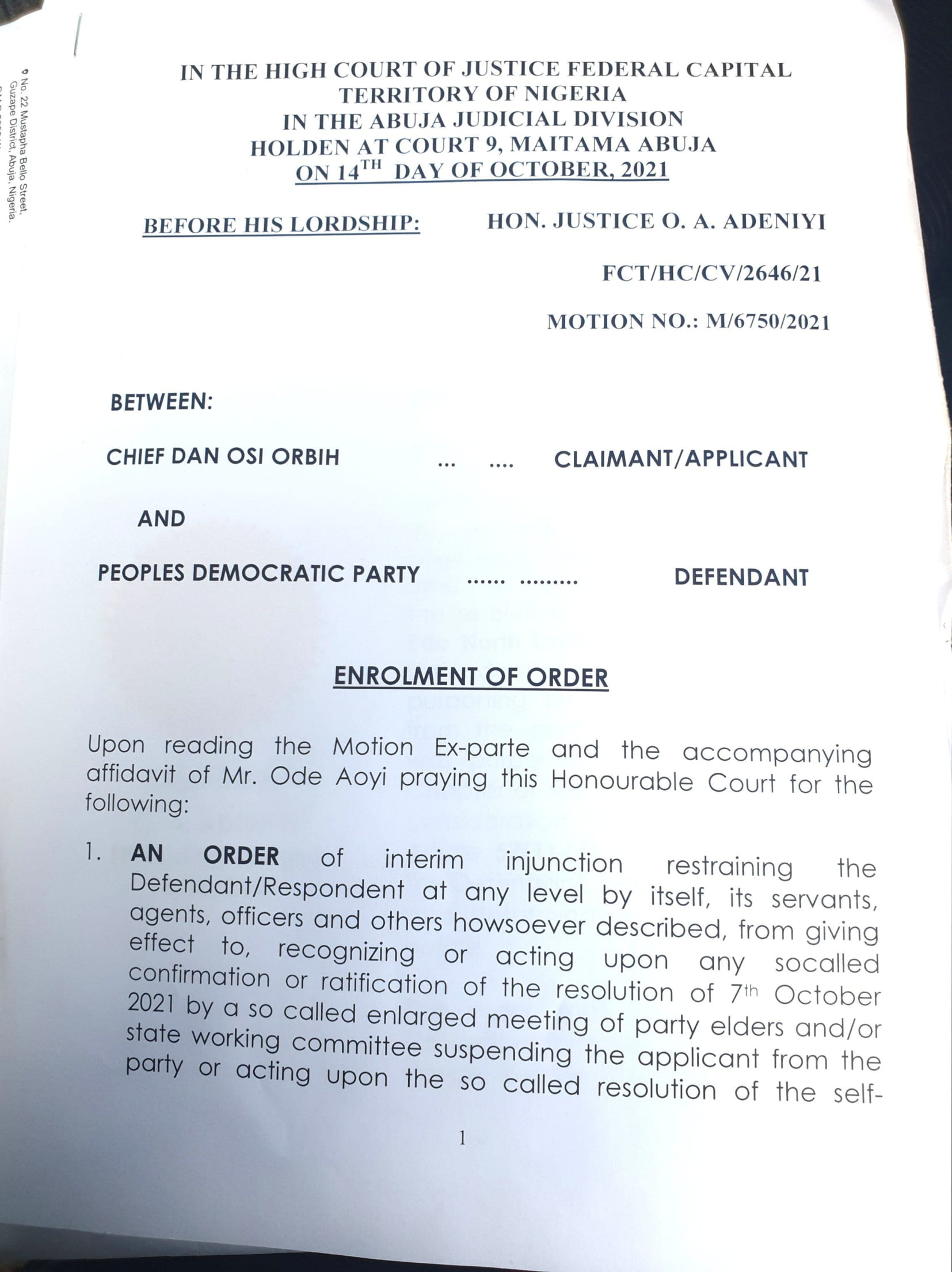 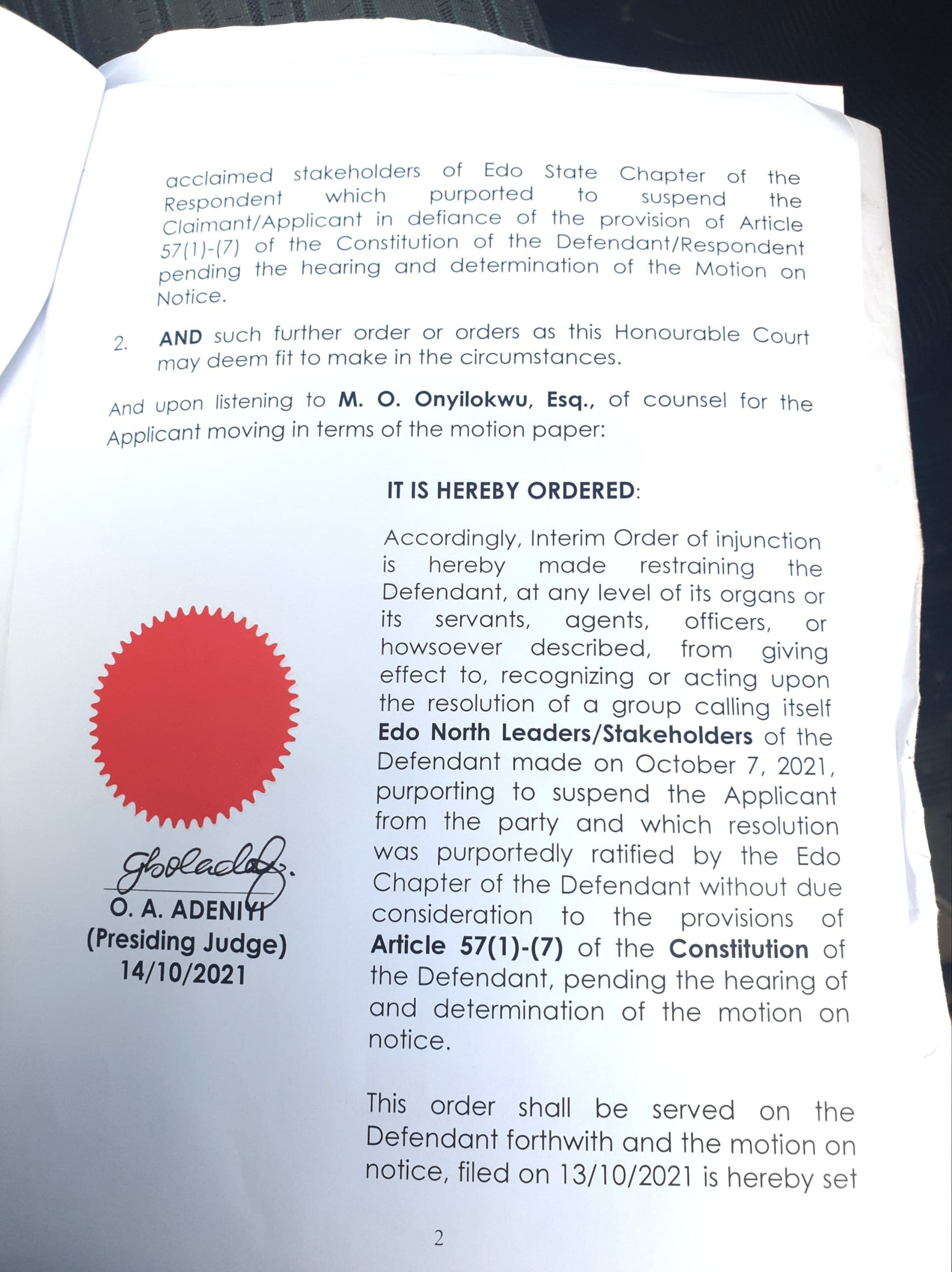 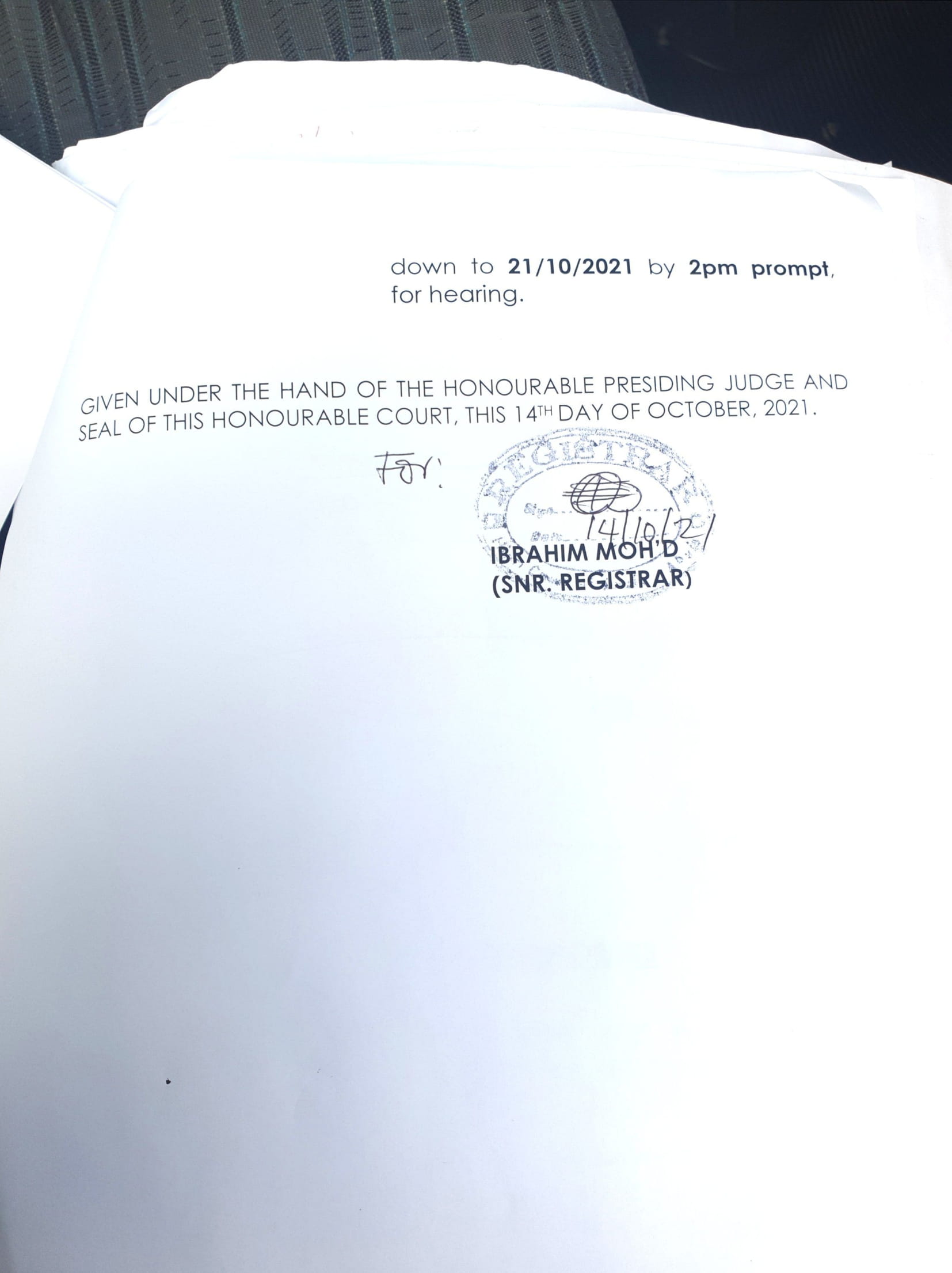