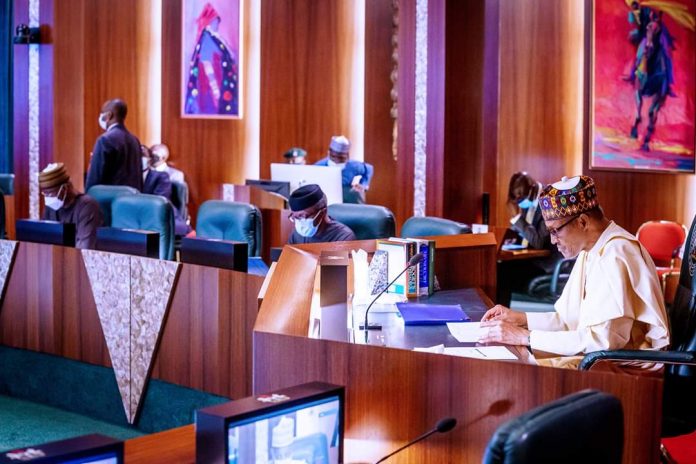 President Muhammadu Buhari has commended members of the Mai Mala Buni-led All Progressives Congress (APC) Caretaker Committee for the work they are doing in repositioning the governing party.

Garba Shehu, Senior Special Assistant to the President on Media and Publicity, said atTuesday’s Virtual interaction with the governors of the APC-controlled States with the Vice-President, Prof. Yemi Osinbajo in attendance, the President said that he was pleased with the work that the Caretaker Committee had been doing.

“I am pleased with the Chairman and the work of the committee. He is highly mobile in the efforts to coordinate and strengthen the party. I am happy with his personal efforts,” Shehu quoted the President to have said.

He further stated that President Buhari also appreciated the efforts of the APC Governors, following the successful conduct of the party primaries in Edo and Ondo States

“I am happy that they knew their responsibilities as Governors and had identified the right priorities,” Buhari had reportedly said.

Speaking on behalf of his colleagues, the Governor of Kebbi State and Chairman of the Progressives Governors Forum, Senator Atiku Bagudu, thanked President Buhari for taking the right steps to resolve the crisis in the party.

The APC Governors also commended the President for his handling of security issues and the economy, noting in particular, the success recorded in pulling the country out of the 2016 economic recession as well as the ongoing management of the COVID-19 pandemic.

“We are proud of your leadership and achievements,” the Governors reportedly told President Buhari.

Buhari to ECOWAS leaders: We cannot afford not to defeat terrorists

“I recommended you first time, you proved to be competent,” Buhari...