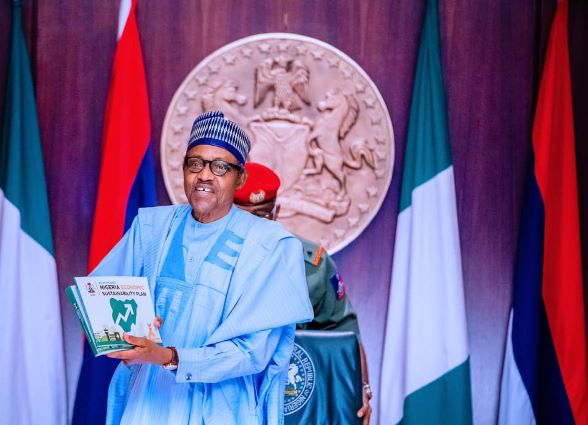 The Peoples Democratic Party (PDP) has called on President Muhammadu Buhari and the All Progressives Congress (APC) to account for the N10.02 trillion claimed to have been spent on security on their watch.

According to a statement by the National Publicity Secretary, Kola Ologbondiyan, the PDP said its position was predicated on heightening allegations of diversion of funds meant for security as well as an alert by a pro-transparency organization, BudgIT on the absence of proper audit on the spending of national security funds from 2015 to 2021.

The party further asserted that such situation pointed to why terrorism, banditry, kidnapping and other forms of violent acts had continued to worsen, with widespread complaints of lack of adequate combat equipment for security forces, for which soldiers as well as thousands of compatriots were paying with their blood under President Buhari and the APC.

“Nigerians can recall that the APC administration is yet to come clean on claims by the National Security Adviser (NSA), Gen. Babagana Monguno, that billions of naira meant for security could not be traced.

“Our party is appalled that the APC and its administration have turned the heightened insecurity in our country which was caused by their incompetence, divisiveness and gross mismanagement of our national diversity, into a bloody merchandise for APC leaders, ” the PDP said.

The party also challenged President Buhari, as the commander-in-chief, to speak out on the alleged diversion of security funds under his command.

The party called on the two chambers of the National Assembly to immediately commence investigations into the spending of the N10.02 trillion.

The PDP said it was further alarmed by the clear scheme by the APC and its administration to frustrate the well-intentioned strategies from the PDP to check the tide of terrorism and banditry in the country.

“Our party rejects the move by the APC to frustrate the establishment of a National Borders Protection Force as suggested by the PDP to check further infiltration by terrorist elements as well as inflow of illegal arms into our country,” PDP said.

The party insisted that “the setting up of a bureaucratic National Center for Control of Small Arms by the APC administration instead of a pro-active and operational Borders Protection Force that will ensure water tight security at our borders, further exposes the lack of commitment by the APC to secure our borders and check the inflow of terrorists and ammunition.

“Our party asserts that by its outlook and operation, such center cannot check the infiltration of terrorist as well as the flow of firearms into our country,” PDP added.

The party rejected the resort to a sitting room measure in the face of porous borders and heightened terrorist activities in the country.

The PDP consequently urged President Buhari to immediately establish the Borders Protection Force which would draw personnel and equipment from the military and other armed services to man borders and check activities by terrorists and their backers.

The Obaseki blowout in Edo poll, By Ikechukwu Amaechi