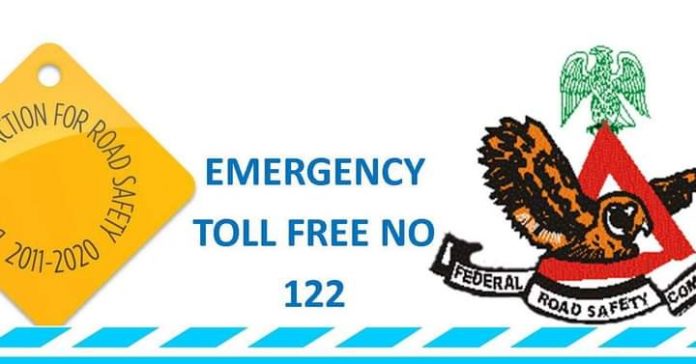 Following a careful review of the first phase of the end-of-year special patrol being embarked upon by personnel of the Federal Road Safety Corps (FRSC) and increasing cases of speed-related crashes recorded within the period, the Corps Marshal, Dr Boboye Oyeyemi has expressed great concerns and directed Commanding Officers to step up enforcement of the law on use of speed-limiting device.

This was disclosed by the Corps Public Education Officer, Assistant Corps Marshal Bisi Kazeem in a press release issued in Abuja on Sunday.

According to him, while the Corps Marshal expressed satisfaction with the conduct of most drivers and the performance of the personnel in containing the rate and fatalities of road traffic crashes in the period of Christmas celebration, he expressed concerns that the increasing level of speed-induced crashes as recorded within the period was undermining the efforts of the Corps to ensure safer road environments, saying every step must be taken to restore normalcy to the road.

Kazeem further noted that while other causative factors such as route violation, dangerous driving and light sign violations were not completely ruled out in the records of crashes that occurred within the period, the reccurring nature of speed as a major factor was a source of deep concern to the Corps Marshal who had ordered a review of the strategy for a more effective enforcement of the regulations on use of speed-limiting device.

While warning the drivers to be cautious of the speed, which had become a major causative factor in crash occurrences within the period under review, despite the massive public-enlightenment campaigns launched by the Corps to sensitize members of the public on the menace of speed-induced crashes, the Corps Marshal described the phenomenon as unacceptable.

“We must step up enforcement of the regulations on use of speed limiting device in the second phase of the special operations and first quarter of next year to drastically force down the growing trends of speed-induced crashes,” he stated.

“Commanding Officers are hereby given special directives on aggressive enforcement of the regulations on the use of speed limiting device to curb the rate of crashes and fatalities that speeding causes, as shown by the records of the first phase of the special operations.

“Consequently, those that are operating without speed limiters or those using faulty as well as those that have reset their own speed limiters to make them ineffective must not be spared to endanger other road user,” he stated.

It would be recalled that FRSC, as part of its annual special end-of-year patrol, has been engaged in this year’s special Christmas and new patrol to address the usual cases of traffic holdups, crashes, death and injuries resulting from increased human and vehicular traffic within the festive periods.

The massive deployments of personnel and logistics in the major highways and identified black spots across the country is being done at the same time with traffic counts to determine the volumes and types of vehicles that are plying the roads within the period for a more efficient future traffic management planning.

The codename for this year’s special operations is, “Drive Safe; Stay Safe,” which was chosen in view of the threats of COVID-19 pandemic and need for members of the public especially the road travelers to operate in full compliance with road safety rules and regulations and strict adherence to the guidelines issued by the Presidential Task Force on COVID-19 protocols.