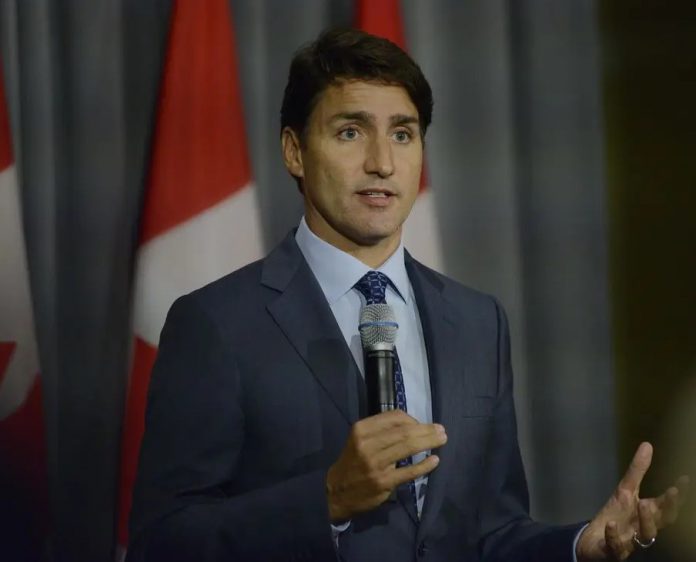 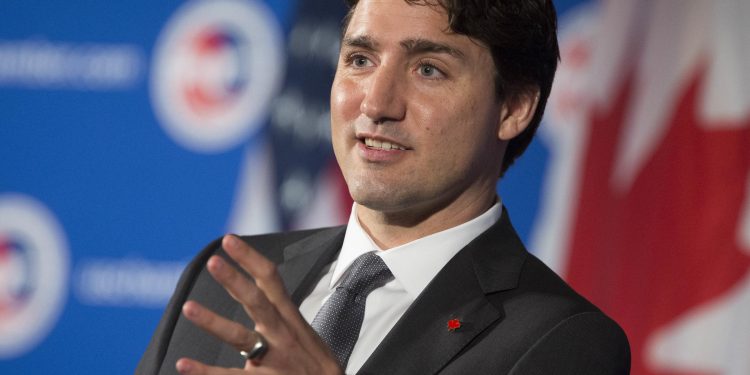 Canada’s Prime Minister Justin Trudeau speaks at the U.S. Chamber of Commerce, in Washington, D.C., in 2016. At home, Trudeau has faced a growing political in recent weeks.

He reversed his government’s open immigration stance and said Canada would begin turning back asylum seekers who walk in from the United States outside of official border crossings.

The move, which takes effect at 11:59 p.m. Friday, came as the countries prepared to close their mutual border for the first time since Canada became an independent nation and as countries around the world seal themselves off to limit the spread of the coronavirus.

“This is a temporary measure which we’ll put in place for as long as the coronavirus crisis lasts,” Mr. Trudeau said only days after his government said such asylum seekers would only be quarantined. “These are exceptional measures to protect citizens.”

By Friday afternoon 929 coronavirus cases had been reported in Canada, although that figure was rapidly rising. There have been 11 deaths.

Canada’s move came as even more severe border restrictions were being applied around the world, and particularly in once border-free Europe. In Hungary, travelers have been stranded, roads clogged and tempers flared after Prime Minister Viktor Orban closed the border to all foreign nationals.

Refugees have sought to leave the United States for Canada in increasing numbers since 2017, when President Trump took office and tightened restrictions on immigration; 54,739 asylum seekers have since crossed outside of regular border points and made refugee claims in Canada. They include many Haitians who sought to leave after the Trump administration indicated that they could lose the temporary protected status they gained in the United States after a 2010 earthquake ravaged their country.

The departing refugees exposed a gap in an agreement between Canada and the United States, which is silent about people who cross not through an official port of entry but through fields or dormant trans-border roads and then make their claims in the nearest city. In those situations, United Nations treaties oblige Canada to let the claimants stay in the country until an immigration and refugee board resolves their cases. One of the busiest such entry points is Roxham Road in upstate New York, which offers access to Quebec.

We are shocked and deeply disappointed at this news,” said Janet Dench, executive director of the Canadian Council for Refugees. “During a pandemic, we must uphold our commitments to protecting the rights of refugees and vulnerable migrants. This includes our fundamental legal obligation to not turn refugees away at the borders.”

Justin Mohammed, a human rights law and policy campaigner at Amnesty International Canada, said Mr. Trudeau’s action was identical to measures used by the United States at its border with Mexico — steps his group views as a violation of international law.

The decision to turn back irregular asylum seekers came three days after Mr. Trudeau’s government said that it planned only to quarantine them for two weeks once they crossed into Canada.

Bill Blair, Canada’s public safety minister, did not respond to specific questions about the reversal. But he characterized the step as part of the closing of the border to all but “essential” travel and trade that was to take effect just before midnight on Friday. He said irregular border crossings were “a challenge to manage and regulate.”

The asylum seekers, Mr. Blair said, would not be detained but simply turned around and sent back to the United States. Ms. Dench said she feared they would then be detained by American border officials if they do not hold legal immigration status.

While Mr. Trudeau’s immigration policies and his swift acceptance of large numbers of Syrian refugees in 2016 were widely supported by Canadians, according to several polls, there has been less enthusiasm about the irregular crossings, particularly in Quebec. Politicians in that province, along with the Conservative Party opposition, have long called on the government to turn back asylum seekers.

The method has not assured claimants that they can stay in Canada permanently, however. Of the cases heard, about 12,000 have been accepted and just under 11,000 have been rejected.

While the number of claimants has fluctuated, about 50 daily asylum seekers have found an irregular border crossing and then made a claim in Canada. Mr. Blair said that number has fallen substantially during the coronavirus crisis.

While officials emphasized that the action is temporary, Mr. Mohammed said he was skeptical.

“History demonstrates that when we see the rollback of certain human rights, the unwinding of that action has been very difficult,” he said.

COVID-19: IOM to build 90 quarantine shelters in Borno, Adamawa and...