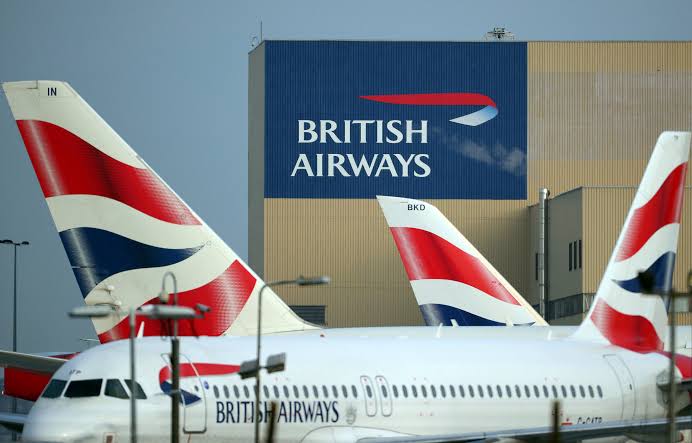 British Airways has grounded its entire 31 Boeing 747 planes as a result of sharp travel downturn.

The UK airline is the world’s largest operator of the jumbo jets, which it first flew in 1989.

Spokesman of the Airways said today, July 17: “it is with great sadness that we can confirm we are proposing to retire our entire 747 fleet with immediate effect.”

“It is unlikely our magnificent ‘queen of the skies’ will ever operate commercial services for British Airways again due to the downturn in travel caused by the Covid-19 global pandemic.”

The British Airways, which is owned by International Airlines Group (IAG), currently has 31 747s in its fleet.

They will all be retired with immediate effect. It had planned on retiring the planes in 2024 but has brought forward the date due to the downturn.

The British carrier added it will operate more flights on modern, more fuel-efficient planes such as its new Airbus A350s and Boeing 787 Dreamliners. It expects them to help it achieve net-zero carbon emissions by 2050.

US-based Boeing signalled the end of the plane’s production a year ago.

A wave of restructuring triggered by the virus outbreak is hitting airlines across the world, along with plane-makers and their suppliers.

Thousands of job losses and furloughs have been announced in recent weeks.

Hundreds of BA ground staff face redundancy as the airline slashes costs in the wake of the coronavirus pandemic.

Airlines across the world have been hit hard by coronavirus-related travel restrictions.

Obaseki: Did you Give Justice?

[RIGHT OF REPLY] Dele Momodu: The Buhari Media Organisation is an...