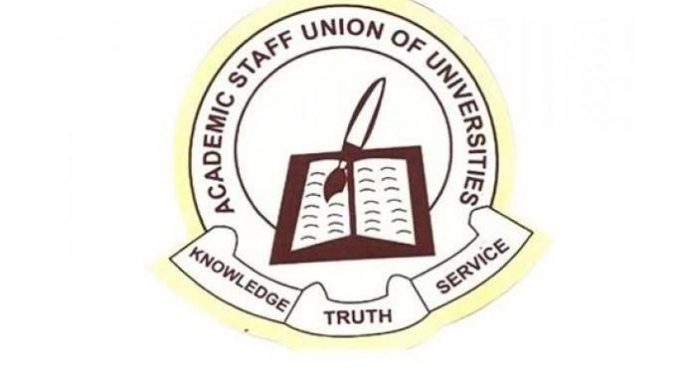 The Academic staff Union of Universities (ASUU), Kano State Zone, has called on the Federal Government to declare a five-year state of emergency in the education sector.

The union suggested the allocation of 26 per cent of federal and state governments’ budget to education as one of the ways to resuscitate the sector.

The ASUU Zonal Coordinator, Prof Mahmoud Lawan, made the call while addressing a news conference in Kano, on Friday.

Lawan said that the zone firmly believed that declaring an emergency through maximum funding, would go a long way in tackling majority of the challenges bedeviling the country’s education sector.

“The zone firmly believed that the way out of this crisis is for the Federal Government to implement all outstanding provisions in the Feb. 7, 2019, FGN/ASUU Memorandum of Action.

“Conclude the Negotiation of the 2009 Agreement within six weeks; constitute a Visitation Panels to all federal universities and the outcomes be fully implemented,” he said.

He urged the Federal Government to accept the ASUU ongoing innovation of a more robust system of human resource management and compensation, known as the University Transparency and Accountability Solution (UTAS).

On the situation at Kano University of Science and Technology (KUST), Wudil, Lawan said Kano zone fully supported the struggle of its members and urged them to remain steadfast.

He urged the university management and the Kano State Government to urgently address the contending issues in order to avert impending industrial action that could jeopardise the fragile academic calendar of the university.

“The zone also called the attention of the visitor to the university to ensure the immediate take-off of the Kano Educational Trust Fund, to serve as a sustainable funding option for education in the state,” he said.

On the situation at the Kaduna State University (KASU), Lawan expressed dismay over the decision of the Vice Chancellor of the university to hold a congregation and Senate meeting in spite of the ongoing strike.

“The union is fully aware of the antics of KASU management to intimidate the leadership of ASUU in the university, in order to sabotage the ongoing struggle,” he said.

The ASUU scribe said Kano zone and the national body were solidly behind the leadership of the union in KASU, and would do the needful to protect their members from any form of intimidation from all quarters.

2023 presidency: Kwankwaso throws hat in the ring, says he is...

Gov. Fayemi says there is glass ceiling in Canada, none in...

Nigeria’s ex-Ambassador to Israel accused of pocketing $134,000 meant for domestic...

Presidency says no kobo was missing from $1 billion arms fund