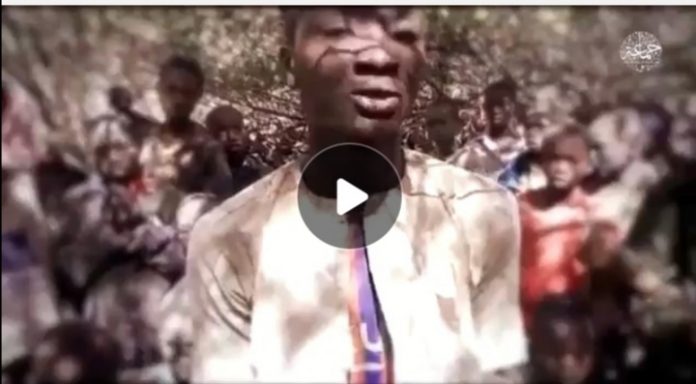 The terror group, Boko Haram, on Thursday, released a video purportedly showing some of the boys believed to have been abducted from the Government Science Secondary School, Kankara, Katsina State.

Gunmen, last week, attacked the public school in Kankara and abducted over 300 students.

The Boko Haram, which operated mainly in North-east Nigeria, has since claimed responsibility for the kidnap in Katsina, North-west Nigeria.

The Katsina State Government said at least 333 of the students were still missing.

The Boko Haram video showed one of the abducted schoolboys pleading for the scrapping of vigilante groups in Katsina and the closure of all schools including Islamic schools.

The boy is believed to have been forced by the kidnappers to make the statement.

While the boy spoke, a voice believed to be from one of the abductors interjected, saying that all the students were in good health, assuring the governor of Katsina State that the boys were safe.

In the video, the boy pleaded with the Nigerian government to recall all the soldiers trying to rescue them from the terrorists.

“The soldiers cannot do anything to them, I swear, stop sending even the fighter jet here,” the boy said, crying and calling for help.

Other boys in the video were also seen and heard pleading from the background.
(Story: PREMIUM TIMES: Video: Other source?