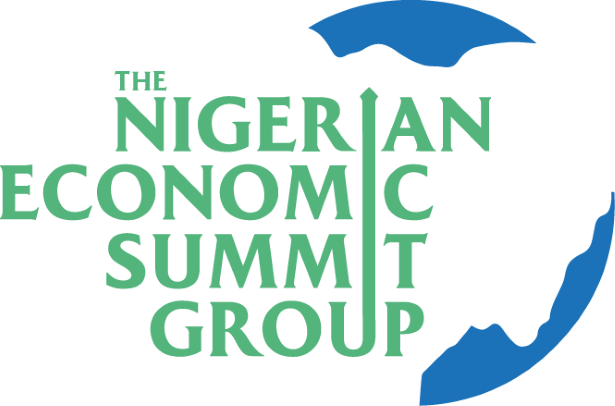 Two of the bank chief executive officers (CEOs) who resigned from the board of the Nigerian Economic Summit Group (NESG) have said they were never “threatened or forced to resign” as suggested by a business publication Thursday.

This followed a squabble between the NESG and the Central Bank of Nigeria (CBN).

But speaking in separate interviews last night, they cited the failure of corporate governance at the NESG, given the fact the group made such a major announcement without input from all its directors. Instead, the economic summit group selected to work with few members of the board one of whom is a publisher.

The CEOs who pleaded to remain anonymous as they do not want to be drawn into the controversy while wondering how such a major statement on the economy was made without input from all board members.

They stressed that contrary to a publication in a business newspaper yesterday, they were never forced to quit the board of the NESG.

According to them, as CEOs of banks with systemic importance, they are always in full consultations, weekly, with the CBN on policies that concern both the banking sector as well as the economy and in most cases, their institutions act as participating financial institution (PFIs) in most of the central bank development finance interventions. And since the outbreak of the pandemic, the Bankers’ Committee has been meeting more frequently, almost every week, virtually, to discuss matters bordering on the economy.

“Given that we have such full access, how can we turn around and issue a statement criticising policies that we are part of the consultative process? If we have concerns we have full access and platforms to share them with policy makers. How would the NESG issue such a statement without the input of Board members?” the bank CEO asked.

It was also learnt that before issuing of the statement, the NESG had consulted with Prof. Konyin Ajayi (SAN), who worked with the National Assembly on the amendment of the Banks and Other Financial Institutions Act (BOFIA) and the NESG Chairman (Asue Ighodalo), CEO ( Laoye Jaiyeola) and Board Member, Frank Aigbogun (Publisher of BusinessDay), were told that the provisions they were concerned with, the so-called immunity was misplaced as it was in many laws like the NDIC Act as well as the AMCON Act and is not as the same immunity that state governors and the president enjoy.

“Despite that, they went ahead to issue the statement, which means that they have other motives, beyond their concern for public policy…And publishers who are members of the board of the NESG must not be allowed to abuse their position in getting board issues at the NESG published, without disclosing that they are participants and the co-authors of the NESG statement,” said one of the CEOs.

“In issuing that statement without consultations with the board, the NESG left my continuing participation untenable resulting in my resignation,” he said.

The NESG had in a statement on Tuesday, criticised some of the CBN’s policies saying they lacked transparency. The group had requested the president to withhold assent to the repealed and re-enacted Bank and Other Financial Institutions Act (BOFIA) 2020, recently passed by the National Assembly on the discredited claim it granted immunity to CBN officials.

▪︎NESG had claimed the bill contains certain provisions that breached the constitution.

NESG, in the 15-point statement jointly signed by its Chairman, who is also the Chairman of Sterling Bank, Mr. Asue Ighodalo, and the Chief Executive Officer, Mr. ‘Laoye Jaiyeola, said those provisions were draconian, totalitarian and inimical to the development of a stable and transparently regulated financial sector.

But in a 5-page response, the CBN had insisted that its aggressive development finance activities since the outbreak of COVID-19 were aimed at stabilising the economy as well as to support the efforts of the federal government to stimulate economic activities.

Reacting to NESG’s comment on the revisions to BOFIA Act, the bank had described the group’s position as “total ignorance or malicious intent on the part of NESG.”

It explained: “First, the provision they refer to as being currently conceived as part of the new BOFIA already exists as Section 53 in the old Act, which is now Section 51 in the amended Act passed by the National Assembly.

“The current bill has not proposed any changes to that section at all. Second, contrary to their misleading anxiety and associated reportage, the provision of Section 51 does not purport to confer immunity on the Governor of the Central Bank of Nigeria like that which obtains for state governors.

“Rather, this provision protects the federal government, CBN and their respective officials against adverse claims for actions or omission in the exercise of powers in good faith under BOFIA and other specified statutes including the Central Bank of Nigeria Act and regulations made thereunder.” (THIS DAY)