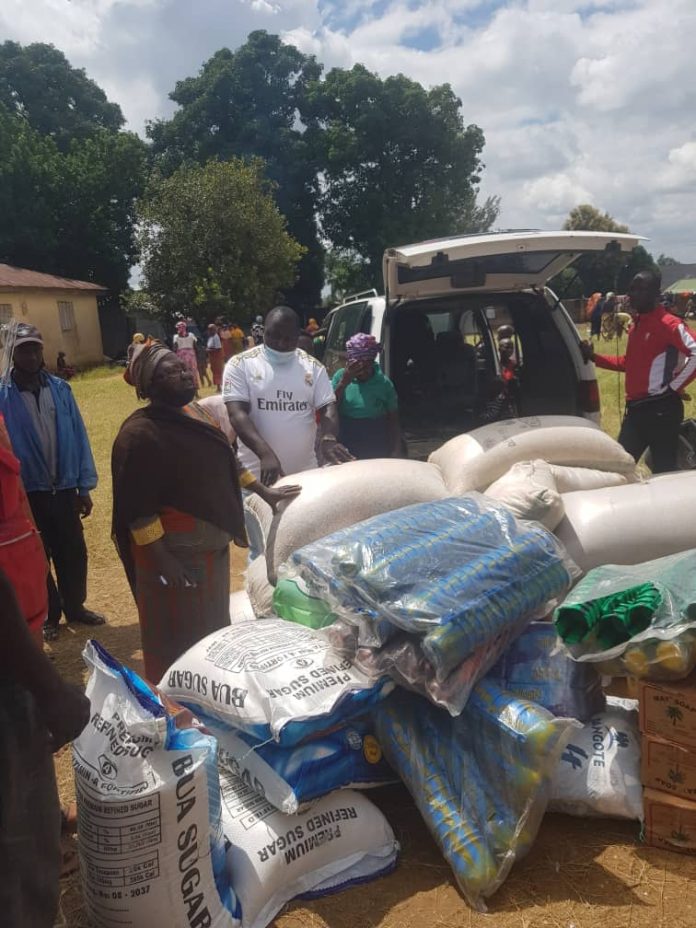 Food and other relief materials were donated to victims of the recent armed Fulani attacks on Chibwob, Sabon Kaura and Kampany villages in Zangon Kataf Local Government area of Kaduna State by the Christian Solidarity Worldwide – Nigeria, at the Internally Displaced Peoples’ Camp in Zonkwa town.

It could be recollected that some villages in Zangon Kataf and Kaura Local governments were recently attacked between Friday 10 and Sunday 12, July by armed Fulani men, killing 32 and displacing thousands from 22 villages.

The chief operating officer of CSWN, Mrs Agera Teman Liti, while presenting different grains, sugar, soaps and other essentials to the IDPs at the weekend, noted that the renewed attacks on villages in the midst of the farming season portends danger to sustainable food production in the country.

She urged the state and federal governments to do more in improving the security situation in the north, noting that no serious investor would come to an area or region bedeviled by persistent killings and burning of houses. 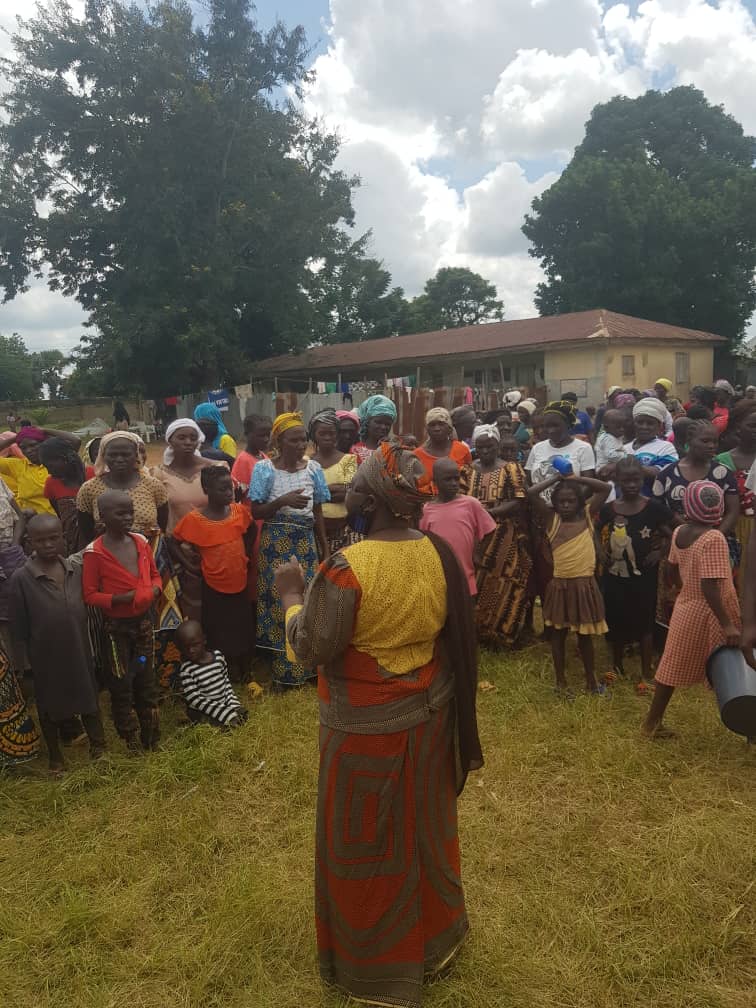 “We in CSWN are worried by the ease with which killings takes place in Nigeria these days. We are more worried that hardly does the killers get arrested or prosecuted. The inability to effect arrest simply embolden the killers to continue killing and destroying communities at will,” she said.

While expressing the organization’s concerned that the bulk of those affected are women and children, Agera insisted that unless a deliberate and sincere strategy is adopted by government in curbing the persistent insecurity in the country, valuable resources that ought to go into development would keep being wasted on rehabilitation after each attack.

The coordinator of the IDP camp, Reverend Gambo Waziri said the camp currently hold about 2000 displaced people, including 162 nursing mothers and 24 pregnant women. “About 1000 sleep in the camp while the others sleeps in people’s home in town but come here each morning to eat.

“Both those who sleep here and those who come in each morning are women and children.  Some of the men whose houses were burnt are staying in other people’s homes in town while others stayed back to guard their villages,” he said.

Fauci: US could face “fifth wave” of Covid as Omicron variant...