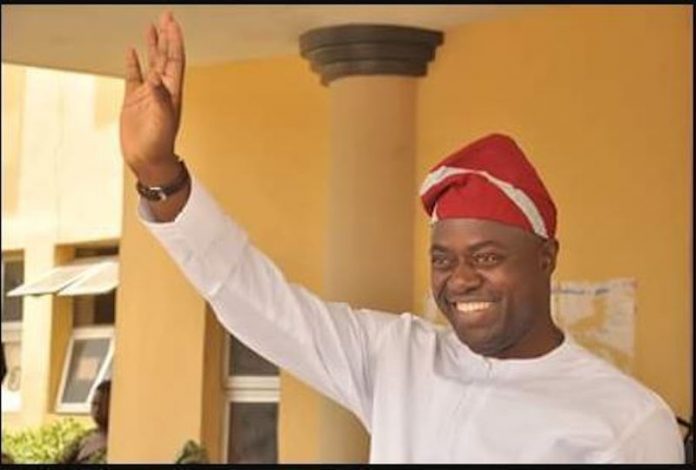 Oyo State chapter of the Peoples Democratic Party (PDP) said on Sunday that the State’s chapter of the All Progressives Congress (APC) should bury itself in ignominy for turning out a below par performance within its eight year rule of the Pacesetter state.

The e party in a statement by the State’s Publicity Secretary, Engineer Akeem Olatunji, said that the name of APC in Oyo can conveniently be replaced with hunger, oppression and deception.

“That the rule of the APC between 2011 and 2019 was lacklustre would be stating the obvious but the party also signifies deception at its height,” the statement read, adding that the people of Oyo State are trying hard to erase the sad memories foisted on them by the APC.

“Instead of being sober and coming out to profusely apologise for their failings, the APC is showcasing a sort of repulsive audacity, that is only drawing the people to anger.

“We are, however, happy that the government of Engineer Seyi Makinde is striving hard to memory everyone is cusion the sad effects of the mindless rule of the trying to heal the emotional and psychological trauma the APC government plunged the state into in the last eight years,” the PDP said.

The PDP said its statement was in response to the lingering arguments about the reconstruction works on Iwo Road interchange planned by Governor Makinde.

Engr. Olatunji also described the APC as sore losers in respect of its criticisms of Engineer Makinde’s policies and programmes.

It said: “The time is near when we will have no other option than to expose all atricities committed by the APC in Oyo state in the last eight years.

“For now, they should thank their stars that they have in Engineer Seyi Makinde a calm personality who is not vindictive in any way.”

The PDP wondered where APC derived its moral standing to cast a word of aspersion on the excellent performances of governor Makinde who has been able to achieve within his first 100 days in office what APC could not achieve for their entire eight years of misrule.

The ruling party specifically enjoined the leader of APC in Oyo state, former governor Abiola Ajimobi to come out clean and account for how he spent Oyo State’s funds during his eight year rule, saying: “We won’t allow things lie low for too long. In due time this party will officially file a petition to the EFCC and ICPC with details of how the APC deliberately plunged Oyo state into a debt of over 150bn with absolutely nothing to show for it.

“APC is not a party to be taken seriously by anybody, their accusation of Makinde using Rivers construction prototype in Oyo state is laughable, they need not be reminded that Seyi Makinde is a world class engineer with a global brand, and as far as the masses are satisfied and happy with the PDP administration under governor Makinde, anything APC says is inconsequential, null and void.

“We know that they are intimidated by the growing political reputation of Makinde and that the rising profile has taken their peace and sleep away.”

The statement added: “As a ruling party we have done a thorough home work on how to bring lasting solution to the many APC-imposed sufferings on the people; that is why it was action from day one because we are focused and committed to right all the wrongs meted out to the good people of Oyo in the past eight years of the APC.

“The PDP, however, wishes to enjoin the good people of Oyo State to continue to give their full support to Governor Seyi Makinde in his quest to achieve his economic plan and developmental plans.””

Nigeria listed among 13 countries enabling impunity in death of journalists

Wole Soyinka: Why religion is Nigerians’ number one problem