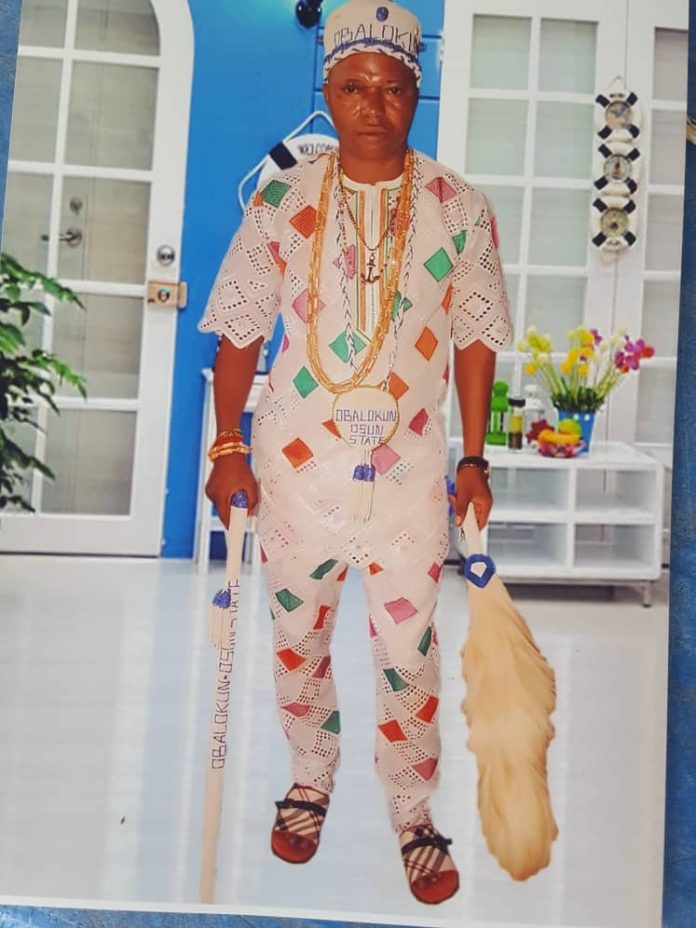 Governments at all levels have been enjoined to always demonstrate their support to traditional rulers in Yoruba land as they promote the culture and tradition in their various domains.

The Obalokun of Osun State, Chief Teslim Raji, a.k.a. Akerele, gave this advice on Saturday in his congratulatory message to the Olukoyi of Ikoyi land, Oba Yisau Bantale Otunla, Kodaolu 1 as he celebrated this year’s Osun-Ikoyi annual festival.

Akerele who wished the Olukoyi well as he continued to remember his fore fathers said, “government’s support towards the promotion of Yoruba culture and tradition by the traditional rulers cannot be over emphasised.”

He stated that government must see it as their role and responsibility to demonstrate their unflinching support to uplift the entire Yoruba race.

According to the Obalokun, “my family and I congratulate my father, the Olukoyi of Ikoyi land, Oba Yisau Bantale Otunla, Kodaolu 1 on this year’s celebration of Osun-Ikoyi festival, which has started since yesterday (Friday) with Ifa night.

“I also felicitate the Olukoyi in Council, the Chairman, Isokan South Local Council Development Area of the state, Prince Wasiu Oyetunji Oyelami, as well as the residents of Ikoyi land for witnessing this year’s celebration of Osun-Ikoyi festival.”

Akerele, however, urged residents of the ancient community to continue to celebrate the festival without crisis, adding, “let us all be law-abiding and always be in peace during and after the ongoing festival.”