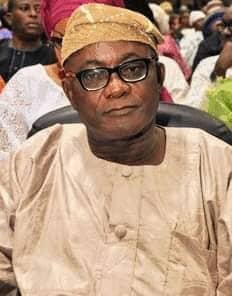 Ondo State Commissioner for Regional Integration, Professor Bayonle Ademodi is dead. He died on Saturday after battling a protracted disease.

Professor Ademodi, a renowned chemical engineer, had been sick for the past six months, Vanguard gathered.

Although the nature of his sickness remained unknown, he recently travelled abroad for medical attention and was away from the state for over two months.

His death was confirmed by the Information and Orientation Commissioner, Donald Ojogo, who described it as sad.

Also, the former caretaker chairman of Ondo East Local Government, Wale Akinlosotu, who confirmed the loss of the party chieftain, described Ademodi as a great leader and bridge-builder that was loved by young and old.

He said Ademodi’s death was “a great loss to the All Progressives Congress, APC, family in Ondo State.

Akinribido, in a statement, extolled the late commissioner as a highly devout progressive, a beacon of light whose life was a great source of inspiration and direction to many, especially the younger generation of leaders in all spheres of life.

He noted that late Professor Ademodi would be remembered for his exemplary lifestyle as a man who demonstrated great commitment to the service of humanity and Ondo State.

He added that his dynamism and diligence endeared him to the people of Ondo East, Ondo Kingdom in particular and progressives nationwide.

While commiserating with his family, the people of Ondo East/Ondo Kingdom and the Ondo State Government for the loss, Akinribido urged them to take solace in the fact that the late commissioner made impacts in his immediate Ondo community, his national political sphere, Ondo State and Yorubaland.

“Our prayer is that God Almighty will grant him eternal rest and comfort his family,” the lawmaker added. (Vanguard)

el-Rufai: Why my govt. is sacking Kaduna public workers