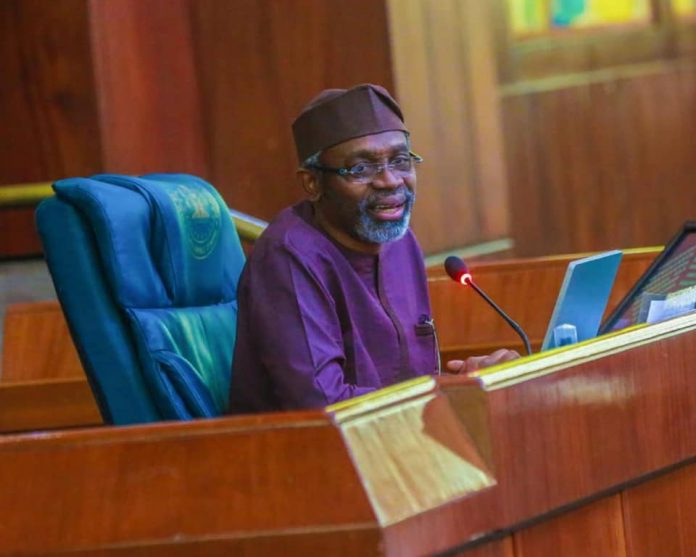 The 2022 Appropriation Bill has passed second reading at the Nigerian House of Representatives.

Lawmakers passed the money bill with the estimates of N16.39trillion in Abuja on Thursday after a second day of debating its general principles, the merits and the demerits.

The bill passed the second reading within a record one week of President Muhammadu Buhari laying it before a joint session of the National Assembly on October 7.

The Speaker, Rep. Femi Gbajabiamila, presided over proceedings earlier in the day before giving way to the Deputy Speaker, Rep. Ahmed Idris Waste, to round off the plenary on Thursday.

Like they did on the first day of the debate on Wednesday, the majority of members applauded the content of the budget, saying that they hoped the executive would implement the provisions to the joy of the Nigerian masses.

However, almost every member, who spoke on Thursday, called for an upward review of the crude oil benchmark of the budget, which is $57 per barrel.

They re-echoed a similar call, which dominated the debate 24 hours earlier.

Lawmakers suggested an increase in the benchmark to between $60 and $65 to draw in more funds and help reduce the budget’s high deficit of N3.9tn.

After the debate, the budget passed second reading in a unanimous voice vote as the Deputy Speaker rammed his gavel.

It was referred to the Committee on Appropriation for further legislative work with all standing committees serving as members.

The exhaustive work on the budget, which will include the defence of proposals by Ministries, Departments and Agencies of the Federal Government, is expected to be completed in the next two weeks.

How Dr Mailafia painfully died in the hands of doctors as foreign consultants looked on, By Isuwa Dogo (MBF)

GOC 7 Div. charges troops to root out remnants of Boko...