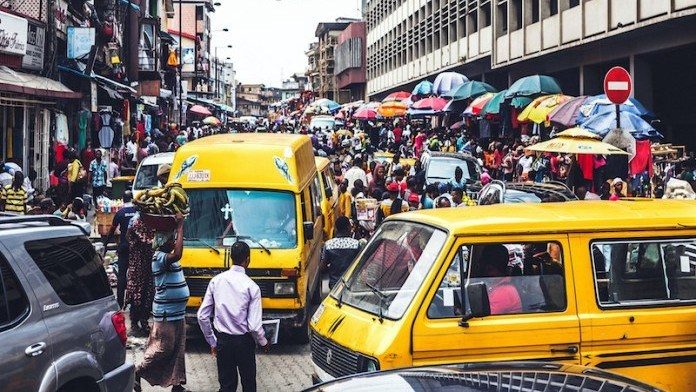 The decline in government revenues and the slow and uneven growth in key sectors of the economy are key factors in the stagnation of the nation’s economic development, an economic analysis conducted by the Centre for Democracy and Development (CDD) shows.

The Assessment of the Effectiveness of Government Policies and Programmes on Economic Growth and Development, 2016 -2019, which undertakes to review the main economic goals of the current government, examines the implementation of policies and programmes and broadly assesses their effectiveness. It observed that growth rates while turning positive, have been lower than stated targets.

The report which was made available to PREMIUM TIMES on Tuesday, noted that generally the GDP growth rates, oil and non-oil revenues, federal government revenue and expenditure and particularly capital expenditure have been significantly lower than anticipated through the periods of 2016 to 2018.

Such anticipations were captured in the Economic Recovery and Growth Plan(ERGP) and in subsequent annual budgets.

“It is clear that the estimates, projections and expectations for GDP growth have been significantly different from the actual outcome, although the performance in Q4 2018 and Q1 2019 are more encouraging,” stated the report.

“For the last one year, the impetus for growth has mainly come from the non-oil sector.”

It identified that oil GDP growth rates were negative in the last three quarters of 2018 and so could not be relied upon to power sustainable growth and recovery.

The analysis further posited that although non-oil GDP growth had been positive, it still remained relatively low.

“Much stronger growth is needed from this sector to achieve the envisaged diversification and rapid economic recovery.”

The report also submitted that revenue shortfalls appeared to pose the biggest challenge inhibiting the delivery of a strong enough stimulus and capital investment to engender rapid growth.

It suggested that renewed efforts were needed to expand the tax base, partly through more vigorous enforcement and partly through the incorporation of MSMEs and the informal sector into the tax net.

The report also recommended that new areas of generating revenue, such as commercialisation, part-divestment, securitisation, joint ventures, combined with efforts to attract diaspora investments into these areas, should be explored.

“It must be noted that previous attempts at privatisation in Nigeria have, in most cases not yielded the right results. The necessary steps must, therefore, be followed to avoid the known pitfalls,” the report said.
Failure of privatisation

The report stated that the proposal to raise substantial revenue through wholesale privatisation of government assets appeared not to have been thought through.

“Privatisation by itself will not provide an appropriate solution. Firstly, this will provide revenue on a one-off basis and does not provide a sustainable way of raising budgetary resources,” it stated.

“Secondly, the history of privatisation in Nigeria has been a challenging one. Some concerns have been expressed on the risk of selling enterprises to privileged groups at below market prices, undermining the subsequent services and exacerbating income inequalities (Eke, 2017; Sahara Reporters, 2011).

“In some cases, the new owners are alleged to have stripped off and sold the assets, with the companies failing or being rendered comatose soon thereafter.

Taxes and other possible revenue sources

The report noted that greater efforts were made by the current administration in 2018 to raise taxes through the implementation of the Integrated Tax administration system and stronger enforcement and better monitoring of ministries, departments and agencies (MDAs).

It, however, observed that revenues anticipated to be earned from taxes on solid mineral production activities in 2017 and the first half of 2018 came to nothing.

“Budget under-performance has been 100%. This is a puzzle since there appears to be many mining activities going on in the country, with many of the licenses issued by the Federal Ministry of Solid Minerals,” it stated.

“The other anticipated source of revenue has been the recovery of stolen funds. Clearly, the government, through the Economic and Financial Crimes Commission (EFCC), has made substantial progress in this area.

“However, not all the amounts have been finally forfeited to the government, and have therefore not been sufficient so far, to cover the revenue gaps.”

The report concluded that for the moment, the solutions being proffered to raise revenues had not been able to make a major contribution to the achievement of the substantial increase in non-oil revenue/GDP ratios that had been anticipated in the ERGP and annual budgets.

“Since revenue projections have been under-achieved, expenditure has also fallen substantially below the budget,” the report said.

“It was barely more than half of the budgetary projections in the first part of 2018.

“Whenever there are shortfalls in revenue, the recurrent expenditures, particularly salaries and other emoluments take precedence. Consequently, capital expenditure, which is critical for promoting growth and generating jobs floundered and is well below the 24% achieved in 2015.”

With respect to power, the report noted that the challenge goes beyond the shortfalls in capital expenditure.

“There is also some evidence that the privatisation of the sector may not have been done in the right way,” it further observed.

“It appears that some of the entities may have been sold to persons based on their political connections rather than their capacity to make the significant long- term capital investments that are necessary to make the business viable (Conversations with U. G Mohammed; MD, Transmission Company of Nigeria, 2018).

“This is particularly true with respect to the distribution companies, most of whom have not been able to make the necessary capital investments to develop the capacity to buy enough power, adequately distribute and collect the revenue.

“They argue that this is due to the failure of the government to implement the tariff structure agreed upon.

“Clearly, the current model is not viable. While a review of the whole structure is needed in the long term, it may be necessary for the government, as an interim measure, to pursue a policy of consolidation of the DISCOs (similar to what was done for banks) so that they can combine their financial resources to achieve economies of scale and make the necessary investments in the energy distribution sector.

“This is the minimum that is needed to substantially improve power supply, which is so critical for supporting stronger growth.”
Agriculture

In agriculture, the report noted that although the sector experienced sharp growth in 2017, there was a decline in 2018, and is a concern given the concentration of credit and intervention activities in the sector.

In the manufacturing sector, the report noted that while recovering from negative growth in 2017, it is still not growing as fast as needed, and appears to have experienced a substantial slow down to 0.81% growth in Q1 2019 and a decline of 0.13% in Q2 2019.

“The performance of the finance and insurance sector, while positive, remains steady and low,” it recorded.

“Only the information and communication and the transportation sectors experienced a significant surge in 2018.”

Explaining the dip in the contributions of the oil sector to the GDP, the report noted that the sector’s contributions had nothing to do with oil prices for 2017, 2018, and 2019, where the average prices had been higher than budgeted prices.

“It is largely because output, which is within the control of the government, has been consistently lower than the budgeted amount, to the extent that the positive price differences have not been able to compensate for the low production figures,” it said.

“Consequently, oil revenues have fallen, by an increasing rate over the 2016-18 period, below the budgeted amount.”

In its recommendations, the report noted that the power sector needs both increased capital investment and reforms in order to deliver the energy needed to promote rapid growth, adding that at a minimum, DISCOs must be “incentivised to both consolidate and re-capitalise.”

For the oil sector, it noted that Nigeria could do little about international prices, but It must focus on increased production and local processing since the sector by itself and through its inter-linkages with many other sectors of the economy can contribute to both growth and diversification.

“On diversification, there have been promising trends of increased production and exportation of agricultural products to the US, EU and Asia, as well as manufactured goods to the ECOWAS region,” it recommended.

“These should be nurtured through continuous progress in the areas of exchange rate stability, export incentives and in continued improvements to the ease of doing business.”