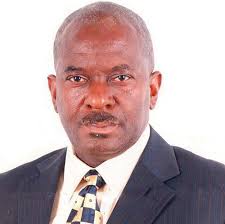 This essay deliberately puts the Hon. Minister of State for Budget and National Planning, Prince Clem Ikanade Agba, on the spot. An agenda-setting excursion if you will. But it also recognizes the necessary complementarity and synergy between him, the focused Honourable Minister of Finance, Budget and National Planning, Mrs. Zainab Ahmed and other cabinet ministers – targeting the overarching goal of economic prosperity, infrastructure revamp and national development.

Whereas a national development plan delivers a vision, a budget provides the operational framework for its realization. The transition from a plan to a budget involves the deployment of often complex control machinery. Budgeting guarantees orderly development. It’s no secret that governance without sound budgeting will definitely translate into jumbled development, if there is any development at all.

Like budgeting, planning is crucial to national and even organisational governance. Without good planning, development, assumed to be the ultimate goal of quality governance, becomes a mirage. The primary reason for planning is to take care of the future. In effect, planning is deciding in advance what to do, how to do it, when to do it, who is to do it, why do it and how much resources are to be used.

Planning requires both skill and innovation than budgeting because the period that development plans normally do take care of is much longer than budgeting that is barely twelve calendar months. Put differently, planning is anticipation of the future based on the present. A good, sustainable development plan must be specific and clearly stated for easy understanding; possess measurable or verifiable achievement; realistic and consistent; possess specific period of achievement and include intermediate targets or goals that will facilitate the attainment of the major objectives.

Further, a good development plan must be modern and up-to-date; can be ranked according to relative importance and form a network; possess desired results and events, including goals that must be interconnected and mutually supportive and carry the citizenry along to avert legitimacy crisis. Empirical feedback from the nation’s economy after decades of budgeting and development plan implementations is far from being cheering.

After almost six decades of national planning and budgeting, Nigeria is at a crossroads in terms of national development. Despite several billions of petro-dollars in export revenues since the discovery of oil in the late 1950s, more than a half of Nigerians still live in abject poverty without access to clean water and swamped by shocking illiteracy levels. On comparative basis, the foregoing dilemma is more irritating when Nigeria is compared with other countries like Malaysia, South Korea, Singapore and Indonesia that were not as endowed in natural resources and were in the same situation as Nigeria in the 1960s.

These countries have experienced marked industrialization with improved quality of life for the vast majority of their populations since the 1990s while Nigeria cannot confidently say it is on the path to industrial growth. It certainly cannot be denied that Nigeria has had a relatively long experience in development planning and budgeting – beginning with the Colonial Development Plan (1958-68). Medium-term development plans and national rolling plans were also developed and implemented with mixed results.

Other major strategic initiatives – such as the Structural Adjustment Programme; the National Economic Empowerment and Development Strategy; the Strategy for Attaining the Millennium Development Goals; and the 7-Point Agenda – were not seen to have been effectively implemented. Then, there was the Nigeria Vision 20:2020 which expressed the aspiration for Nigeria to become one of the top 20 economies in the world by 2020 – that’s next year! All these have largely come to naught. Why?

Often, the absence of properly-defined objectives relevant to the country’s needs and inadequate administrative machinery to provide a high level capacity for plan implementation becomes a hurdle. Frequently observable is that most of the plans were over-ambitions and unattainable, considering the resources (human and natural) resident in the country. The power of technology as a potential game-changer has always been relegated to the background and ranked unimportant in the planning process so that it becomes very difficult when operational bottlenecks begin to creep in as work progresses.

In the 21st Century, any budgeting technique or development plan that fails to appreciate and accommodate technology as a key development facilitator cannot succeed. A weak database is also a major burden too. Considerable paucity of data, a critical planning tool, is prevalent in Nigeria. Debatably, an entity that has never been able to conduct a scientifically-proven and generally-accepted population census can never be a good planner for the future.

In most cases, forecasts are done based on grossly-inadequate information, resulting in distorted growth. The extant level of technological development naturally hinders data gathering, processing and storage. Not to be overlooked are the orientation, behaviour, general attitude, religious and cultural disposition of Nigerians which imperil gathering of accurate data. For instance, citizens supply wrong information on economic data to evade tax.

Crucially, civil servants charged with data gathering need to be given re-orientation on the significance of data. There are also a number of political constraints on public policy implementations. Clearly, there must be political will-to rule and plan.

Enter Prince Clem Ikanade Agba. A disciplined, widely-travelled economist and management guru, forged in the bracing furnace of public and private sector arenas where he excelled, Agba is easily expected to bring cutting-edge focus and innovative insights to his mandate at Budget and National Planning Ministry. But ‘weaponizing’ the crucial tools of budget and national planning to achieve accelerated transformation in a development-hungry milieu is certainly no royal picnic.

But then, President Muhammadu Buhari picked the unassuming Uzanu prince for a reason. The preceding facts of this essay surely warn Prince Agba that he must adroitly navigate embedded hurdles to achieve the lofty targets of his ministry. He must embrace technology to ‘game’ diverse development models in the world and settle for the best “Next-Level” option. Evaluating the Asian Tigers’ budgeting and national planning templates is a worthy intellectual excursion that could provide the kick needed for departure from the current path.

Thinking out of the box in a highly conservative milieu surely presents its challenges but doing otherwise will surely diminish the best of his efforts. To more effectively use the budgeting ‘weapon’, he must “shine” his eyes. Tales (most of them unfortunately true) of illegal inclusions into the national budget by the National Assembly and MDAs must be ended. Nigerians certainly deserve to expect a clean budget for a change – a “Next Level” budget.

This will certainly help to deepen and guide a more meaningful national journey and also aid the restoration of the legitimate dream of Nigerians. At a fundamental level, this footing will help to ease Nigeria away from being perceived as merely a transitional democracy to becoming a stable, just, productive and progressive democratic force on the African continent.

Good a thing, plans are afoot to return the country to the old, more familiar January-December budget cycle. And fortunately for Prince Agba, he has in Mrs. Zainab Ahmed, a knowledgeable, disciplined visioner who will provide a powerful complement to his exertions, to change an old narrative.

Conscious of time and the need to hit the ground sprinting, Agba already has the mandate of the Senior Minister to work on the national development plan once work is completed on the MTEF and the 2020 budget. All the signals emanating from the nation’s “super Ministry” indicate that a new strategic “Next Level” story is unfolding from a gung-ho team.

NO, BUHARI. WE WON’T LET YOU DESTROY INEC, By Tope Fasua