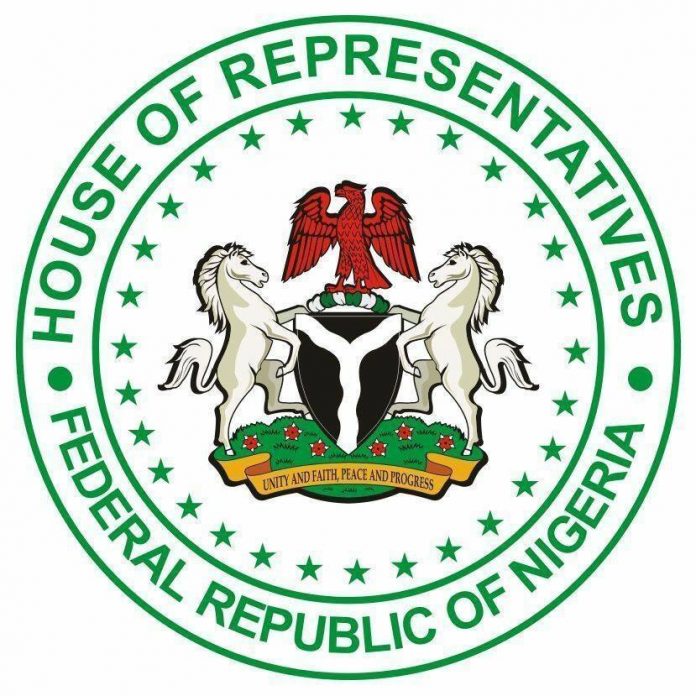 The House of Representatives on Wednesday accused the office of the Auditor General for the Federation (oAuGF) of reckless spending of the approved budgetary allocation for 2019 to 2021.

The resolution was passed during an oversight function to the oAuGF headquarters in Abuja, where chairman and members of the House Committee on Public Accounts, led by Hon. Wole Oke, picked holes in the financial reports presented by the Auditor General for the Federation, Mr Adolphus Aghughu without vouchers and other supporting documents.

Mr Aghughu had earlier disclosed that the sum of N28.8 million was spent on completion of roofing of the Audit House, payment of N69.5 million and N76.6 million as 1st 28 days to some staff members; inherited N74 million released from 2018 to 2020 for construction of forensic laboratory; bought a Prado Jeep at N7.1 million, established a clinic at N1.9 million and N8.4 million spent on federal service games.

However, the lawmakers expressed concerns over some of the expenditures in the 2020 fiscal year, including: N1.9 million allegedly spent on new clinic and additional sum of N3.967 million spent on drugs and medical supplies as well as N7.721 million spent on medical consulting despite payment of N55.933 million as NHIS contribution as contained in the 2020 financial statement against N87.870 million NHIS contribution paid in 2019.

While stressing the need for the AGF to provide updates on the implementation of the 2021 Appropriation act, the lawmakers demanded for the staff members’ nominal roll of the office of the Auditor General for the Federation over increase in the N1.977 billion personnel cost for 2019 to N1.991 billion was appropriated in 2020, despite the depleting workforce and the request for 500 new staff members.

According to the documents presented to the Committee, out of total sum of N984.231 million budget appropriated in 2019, the sum of N969.487 million was released for which training got a larger chunk of the released fund.

The lawmakers however queried the sums of N120,304,830 spent on international travels & transport (audit of foreign mission, consular offices & 20 defence attaches); N40,710,380 spent on local travels & Transport (training), additional N286,881,055.18 on local travels & transport, others (hqtrs/State branch office and additional N100,093,600 spent on local travels as well as N35,710,812 spent on Auditors-General annual conference without specifying the location and vouchers; N3.527,267 spent on sporting activities; N11,946,250 spent on welfare packages without specifying beneficiaries and vouchers; N59 million spent on Governance/Institutional reforms as well as beneficiaries of N696,500 spent on honourarium and sitting allowances and N62.768 million spent on office stationaries/computer consumables for the period under review.

During the investigative hearing, the lawmakers also queried the total sum of N1.358 billion Appropriated for overheads in 2020 out of which N1.324 billion released and spent despite the economic lockdown at the peak of the COVID-19 pandemic, lamented that larger chunk of the fund was expended on training/local travels and transportation, while subheads on office rehabilitation and maintenance were duplicated in the capital component of the 2020 financial records transmitted to the Committee during the oversight function.

Worried by the development, a member of the House Committee on Public Accounts, Hon. Omowumi Ogunlola said: “We have a document prepared for us which is pre-emptive. We don’t have any evidence or proof of how the money here is being expended. We at the Public Account Committee have always insisted that MDAs call me with their evidence of their spending and expenditure. Is it because this is Auditor General’s office that they will just give to us these documents for us to see without any evidence of how the budget given to them is being expended?

“Secondly, this is the office of the Auditor General of that Federation. You audit all the Ministries, Departments and Agencies. Who audit this office? Which office is saddled with that responsibility of checkmating this office?

“We are not auditing them, but oversight them. So, who calls to order the recklessness of the financial spending of this office?”

In a swift reaction to Hon. Ogunlola’s submission, the AGF who frowned at the allegation bothering on ‘recklessness’, said: “I want to observe that the words being used for this office by one of your members is not palatable. Words like recklessness by the office of the Auditor General of the Federation. I plead that the word does not apply to this office. We have core values which guide this office.

“Some of us are doing this work, putting our integrity to it. The parliament has the right to make a law on who audit this office. There is no law that has provided for this office to be audited and we object to it.

“This is oversight and there is no way I would have adequately prepared for the questions you will come here and ask. So, if it is evidence that you want, constitute an audit and we will make our records available for audit. It is not for me a Auditor General to come here with all the evidence”.

However in his intervention, Hon. Oke who disagreed with the AGF said: “You didn’t hear her well. I understand your concern and I listened to our Colleague who used that word. That word wasn’t alleged that you are reckless. She was only saying that, assuming there are such practices, who checks them? We are lawmakers and we also know the rules. The parliament is a quasi-judicial body. We are like a Court of law where you listen to cases brought before you and you have to listen to both sides before you adjudicate.

“So, if that is your own perception of the question raised by my colleague, I want to correct it to say that she was only asking that, assuming that there are inappropriate actions or spending which she referred to as recklessness. She is not alleging that the Auditor General of the Federation is being reckless. That is not the situation”.

While stressing the need for the oAuGF to provide all supporting documents for all the expenditures incurred by the Organisation since 2019 to date, Hon. Oke demanded for relevant documents for the N72.555 million spent on insurance premium in 2020.

To this end, the Committee who had earlier demanded for submission of all the vouchers for scrutiny, however, rescinded the resolution, hence issued 7 days to submit documentary evidence of all expenditures for the three years under review.

America Has Trump; We have Buhari–Lasisi Olagunju