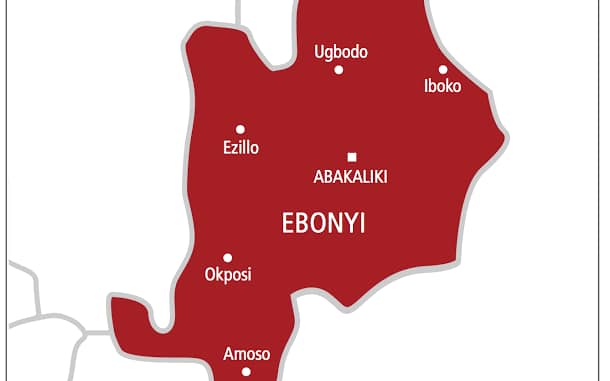 The wives of the five engineers declared missing in Effium Community of Ebonyi said they marked the Christmas and New Year in grief and pain over the fate of their husbands, who went missing about two months ago.

The News Agency of Nigeria (NAN) reports that an Enugu-based engineering firm, Nelan Consultants, had on Nov. 3, 2021, deployed the five engineers on a supervision of the ongoing Abakaliki Ring Road project at Effium in Ohaukwu Local Government Area of the state.

The project is funded by the African Development Bank.

NAN learnt that the engineers were allegedly abducted from the site by unknown armed men, who also took away their project vehicle.

That was the last their families, friends, colleagues and relatives heard from them in the community, which has been enmeshed in protracted communal crisis with its neighbouring Ezza Community.

Onyemeh’s wife, Patricia, 58, told NAN in Enugu on Friday that she and the wives of the other four engineers, along with their children, spent the Yuletide praying and hoping that their husbands and breadwinners would return alive.
According to her, this is the worst Christmas I ever spent without my dear husband.

“We were indoors grieving and praying that my husband will come back alive.

“Nobody is telling us anything. We have petitioned the unbearable for them, adding that their children kept asking for their father’s whereabouts since he left the house in November 2021.

The families of Nwazulum, Ejiofor and Aneke said they were still traumatized by the incident and that all their efforts to find the missing engineers had not yielded any positive result.

They appealed to Ebonyi Government, the Nigerian Police and other concerned individuals and groups to assist them in finding their husbands.

Meanwhile, the Ebonyi government had in its reaction on Dec. 20, 2021 exonerated itself from any involvement in the incident.

The Commissioner for Information, Mr Uchenna Orji, had said at a news conference in Abakiliki that the government had no hand in the disappearance of the engineers.

Orji said, “It has become imperative to put the records straight on the allegations and misrepresentation of facts conveyed to the public from certain quarters over the unfortunate incident that befell Engr. Nelson Onyemeh and other four engineers.

“Based on the report of police investigation on the incident, we view as disheartening, the unfortunate circumstances that led to the sad news.

“We, therefore, extend our heartfelt condolences to all the families and the Nelan Company for this dastardly act by criminal elements, while hoping for a comprehensive crackdown on the perpetrators.” (NAN)

PDP to Sheriff: Nigerians can’t live with terrorism, poverty for next...