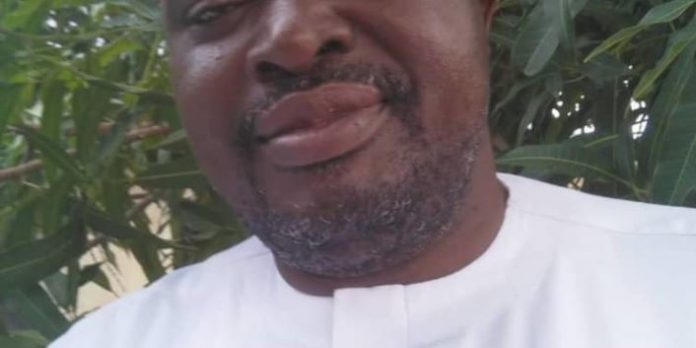 In the coming days or even months, I would still be living in denial of the passing of Wahab Gbadamosi. It’s been days now after his sudden demise at the National Hospital in Abuja. I saw his body before he was interred. But deep down inside me, I still feel that there is a distortion of reality somewhere.

I find it difficult to pin my experience of Wahab in one narration because he gave me an overload of experiences. I accept the fact that Wahab gave similar experiences to everyone who had an interaction him, but I feel that my relationship with him was extra-ordinary.

When I joined the Federal Inland Revenue Service (FIRS) from the newsroom a few years ago, I was hiding myself. One of my supervisors in the newsroom had advised that I should rather be flying under the radar in my new office than show-off that I was coming from the newsroom. He gave me some insights about civil service. So, I was hiding. Wahab was the Head of Department. One afternoon, he came into the large hall which was Corporate Communications Department and announced that he was looking for Mr. Kelechi Okoronkwo who was a journalist with The Guardian newspaper. My heart sank in the inside of me. More than 110 staff were in the office that afternoon. I felt like disappearing. He called my name the second time and I stood up. He said to me, “You should have come to introduce yourself to me”. He called me into his office and we had a discussion about work and life. I have not had a hiding place since then. That was the beginning of a special relationship I had with Wahab until the day he breathed His last.

Wahab had this hunger to impact the world positively. He built relationships across the walls of faith and ethnicity. This manifested on his last birthday, the 11th of November. His staff members organized a surprise birthday for him. Everyone that knew about the party lurked quietly to show Wahab a surprise love. We all celebrated him almost the first of its kind without knowing that would be his last birthday celebration.  People responded to him with love because, with every minute he had, he used them to impact knowledge to whoever that was around him. He also assisted the needy with resources at his disposal. Even when he left active journalism for Public Relations, Alhaji Wahab saw the tool in his hands, which was journalism skill, as a veritable means of expression. So he wrote and encouraged other people to write.

He was a jolly good fellow who never forgot relationships. In the course of his career, he made new friends. But he never forgot his old friends especially those from the newsroom. He had a strong bond with the journalism profession and anyone identified as a journalist. He once told me that journalism was the noblest profession in the world because journalists had the capacity to turn around the world in the positive direction. He could accept any excuse from anyone but not from a journalist. If you were a journalist, he would tell you that he expected you to know better.

Some of the times he was less busy, he had us discuss some topical issues on the pages of the newspaper. He offered insightful opinions and advice on how to live and how to fix Nigeria. He was never stingy with sharing his knowledge, his life experiences and his ideas. He wanted to make the best out of everyone he came in contact with.

Wahab gave me a part of him which has shaped my life. He was easygoing, simple, hardworking, creative, caring, humble and intelligent. He was a man of ideas.

I know that Wahab was a boss to many people. And numerous people gladly called him their boss. But I like to address him as my personal boss because of a special relationship I had with him.

Today, we say farewell to him. I feel sad because Wahab died in his prime; at the time he was most needed by his family, friends and colleagues. However, since it is the will of God Almighty that he be called to rest at this time, we mortals have to accept it in good faith.

May God forgive him his sins and count all his good deeds on earth as righteousness for him. May God strengthen his family members and loved ones and give his soul everlasting rest. Amen.

Two years after its proclamation: Understanding the intricate issues in the...