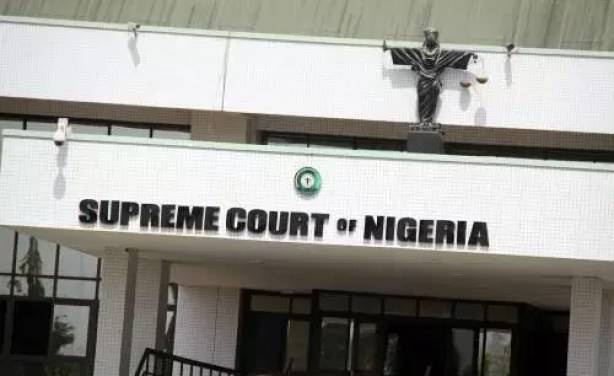 Justice Centus Chima Nweze, the Supreme Court judge, who gave a dissenting judgment setting aside the January 14 judgment of the Supreme Court that removed Peoples Democratic Party’s (PDP) Emeka Ihedioha from office as Governor of Imo State, says his replacement, All Progressives Congress’ (APC) Senator Hope Uzodinma, misled the court into unjust conclusion with the unverified votes credited to himself in the disputed 388 polling units.

“In my intimate reading of the January 14 judgment, the meat and substance of Ihedioha’s matter were lost to time frame. This Court once set aside its own earlier judgment and therefore cannot use time frame to extinguish the right of any person.

“This Court has powers to overrule itself and can revisit any decision not in accordance with justice,” he said.

According to Justice Nweze, the decision of the Supreme Court in the instant matter will continue to haunt the country’s electoral jurisprudence for a long time to come, adding that without evidence of meeting other constitutional provisions, the court misled itself into declaring Uzodinma as governor.

He said, “This Court has a duty of redeeming its image, it is against this background that the finality of the Court cannot extinguish the right of any person.

“I am of the view that this application should succeed. I hereby make an order setting aside the decision of this Court made on January 14 and that the certificate of return issued to the appeallant be returned to INEC.

“I also make an order restoring the respondents as winner of the March 9, 2019 governorship election.”

But Nweze’s minority position was of no consequence as his six other colleagues affirmed Senator Uzodinma as the duly elected governor of Imo state in the last year governorship election.

In the judgment, the apex court refused to set aside its judgment that removed Emeka Ihedioha as Governor of Imo State and replaced him with Senator Hope Uzodinma.

The Apex Court held that it lacked powers to sit on appeal in its own judgment delivered on merit and in accordance with dictates of the law and justice.

The court held that the request by Ihedioha asking it to set aside its judgment of January 14 this year on grounds of nullity was an invitation on the apex court to sit on appeal over its own judgment, which the court coukd not do.

In the majority ruling delivered by Justice Olukayode Ariwoola, the court held that granting the request of the applicants would open the flood gate by parties to all kinds of litigations.

The apex court in the majority ruling insisted that by the provision of section 235 of the 1999 Constitution its decision on any judgment based on merit is final and shall not be reviewed once delivered under any guise, except for clerical errors.

The court also stated that by Order 8 Rule 16, the general law is that it has no power to alter any judgment and that such judgment once delivered on merit shall remain forever.

Justice Ariwoola said, “Certainly this court has no inherent power to grant what is being sought, it is beyond the powers of this Court. There is no Constitutional provisions for this court to review its own judgment.

“To say the least, this court has no competence and indeed lacked power to sit on appeal in its own decision. Finality of the Supreme Court is entrenched in the constitution and inherent power can only be invoked were there is law to do so.

“This court cannot under any guise alter any judgment under any inherent power, as doing so would bring the court into disrepute and ridicle.

“The application is liable to dismissal and is hereby dismissed for want of jurisdiction and competence.”

The court, however, held that parties in the case should bear their cost.

It said the verdict on the review of its judgment on the Imo state governorship election was a disconcerting endorsement of electoral fraud, which placed a huge burden on the court and the Lord Justices.

It said further in a statement: “The PDP however notes that in the face of the sad verdict, Justice Chima Nweze’s judgment presents a glimpse of hope for our nation’s judiciary.

“Our party abides completely by every word of the judgment of Justice Nweze as treated facts, which are truly sacred.

“Justice Nweze’s pronouncement, which went straight into the substance of our application represents a universal view about the travesty of justice that occurred in the Imo state governorship election judgment.

“It is indeed unfortunate that the Supreme Court had the wholesome opportunity to redeem itself and correct its errors, but choose to hide behind technicality to justify and endorse an electoral fraud.

“What Nigerians expected of the Supreme Court, since the error in its earlier judgment had been fully established, was to summon the courage to affirm its infallibility by correcting the errors and handing over victory to the rightful winner. Sadly, it failed to do so.

“For the avoidance of doubt, what the Supreme Court had done in this judgment is to uphold and legalize the writing of election results by individual contestants against the will of the people as expressed at the poll.

“As a party, we hold that on this judgment, all election stakeholders must rally to create remedies for this pathetic situation created by the Supreme Court in the Imo governorship election before our entire electoral process becomes vanquished.

“This judgment will continue to haunt the Supreme Court. It has created a burden of precedence and fallibility on the Court.

“More distressing is the fact that the judgment has heavily detracted from the confidence Nigerians and the international community reposed on the Supreme Court and our entire jurisprudence.”

The Fascist Liberal/Left and those that hate Donald Trump (Part 2),...