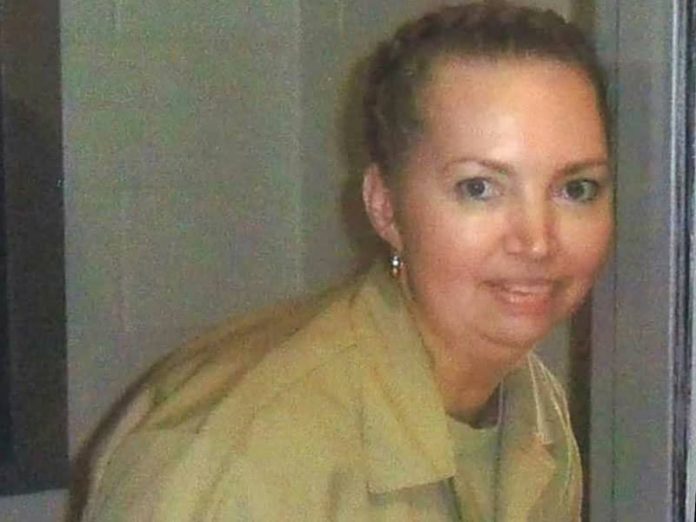 Lisa Montgomery – the only female inmate on federal death row in the US – has been executed for murder.

Montgomery, 52, was pronounced dead after receiving a lethal injection at the federal prison complex in Terre Haute, Indiana.

She was the 11th prisoner to receive a lethal injection there since July when President Donald Trump, an ardent supporter of capital punishment, resumed federal executions following 17 years without one, according to a report by Arise TV.

It is the first time in nearly seven decades that the US government has put to death a female inmate.

She used a rope to strangle Stinnett, who was eight months pregnant, and then cut the baby girl from the womb with a kitchen knife.

Montgomery took the child with her and attempted to pass the girl off as her own.

The case attracted attention because her lawyers argued she was mentally ill and suffered serious abuse as a child.

But her victim’s family and friends say the murder committed by Montgomery was so horrific that she deserved to be put to death regardless of her mental health.

“The craven bloodlust of a failed administration was on full display tonight,” Montgomery’s attorney, Kelley Henry said in a statement.

“Everyone who participated in the execution of Lisa Montgomery should feel shame.”

“The government stopped at nothing in its zeal to kill this damaged and delusional woman,” Henry said. “Lisa Montgomery’s execution was far from justice.”

In a dramatic move late on Monday, a judge in Indiana had halted the scheduled injection until a mental competency hearing could be held.

It came after hours of legal wrangling before the Supreme Court cleared the way for the execution to move forward. Montgomery was the first of the final three federal inmates scheduled to die before next week’s inauguration of President-elect Joe Biden, who is expected to discontinue federal executions.

Anti-death penalty groups said Trump was pushing for executions prior to the November election in a cynical bid to burnish a reputation as a law-and-order leader.

The last woman executed by the federal government was Bonnie Brown Heady on Dec. 18, 1953, for the kidnapping and murder of a 6-year-old boy in Missouri.

How I escaped from police custody — Ibadan suspected serial killer...

Cristiano Ronaldo is the first football star to break $1 billion...

Canada to conduct Boeing 737 MAX test flight in US