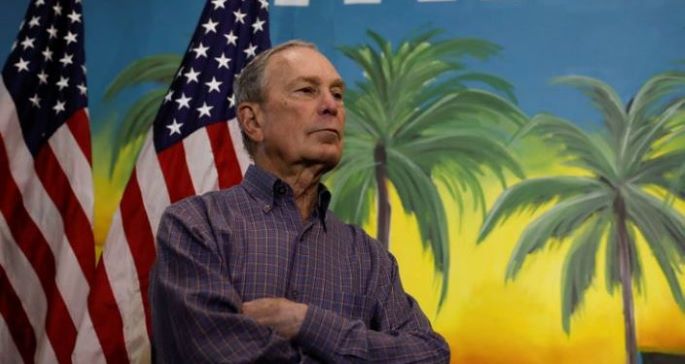 Money can’t buy you happiness, love or class, but billionaire Michael Bloomberg made a $600 million bet that it could buy him the Oval Office.

On Wednesday, the former New York City mayor officially lost that wager, suspending his campaign for the Democratic presidential nomination after Super Tuesday primary voters recoiled from the idea of casting their ballots for a candidate who argued that his functionally unlimited resources and business acumen outweighed deep concerns among Democrats about trading one boorish Manhattan plutocrat in the White House for another.

“I’ve had the chance to work with Joe on those issues over the years, and Joe has fought for working people his whole life,” he said. “Today I am glad to endorse him – and I will work to make him the next President of the United States.”

Bloomberg’s withdrawal from the race comes in the wake of a shocking come-from-behind series of wins by Biden, who occupies the same moderate lane of the party as Bloomberg, as well as the continued strength of Vermont Sen. Bernie Sanders’ campaign, itself founded on a platform of democratic socialism that seeks to dismantle the system of corporatist politics that Bloomberg practically embodies.

As the party’s establishment and other former presidential hopefuls, including Sen. Amy Klobuchar of Minnesota, former South Bend Mayor Pete Buttigieg and ex-congressman Beto O’Rourke, coalesced in support of Biden as the best candidate to win the nomination and defeat President Donald Trump in November, Bloomberg’s alternative candidacy lost its sheen as the sensible alternative to Sanders.

On Super Tuesday, Bloomberg himself complained that Biden was “taking votes away from me,” but denied that he would throw in the towel after pouring more than half a billion dollars—less than nine-tenths of one percent of his vast personal fortune—into a slick self-funded campaign.

“I have no intention of dropping out,” Bloomberg told reporters at an event in Florida apoplectically. “We’re in it to win it.”

His Super Tuesday was underwhelming from the start. Fans who gathered at his West Palm Beach election night headquarters cheered wildly at the news he had won the primary in American Samoa.

When results came in showing that Bloomberg’s eight-figure ad budget in Virginia failed to net him a single delegate in the state, the ex-mayor’s campaign manager released a statement that was far more reserved.

“As Mike said tonight, ‘No matter how many delegates we win tonight, we have done something no one else thought was possible. In just three months, we’ve gone from just 1 percent in the polls to being a contender for the Democratic nomination.’ Our number one priority remains defeating Donald Trump in November.”

Bloomberg’s supposed allure as the competent, calm-headed “un-Trump,” as he described himself in stump speeches and a deluge of advertisements on television, radio and even via social media influencers, largely evaporated after a dismal debate appearance where Americans who largely knew of Bloomberg as a successful business leader and anti-soda activist finally met the man that New Yorkers had known for years: a cranky, imperious black hole of charisma.

“I’d like to talk about who we’re running against: a billionaire who calls women fat broads and horse-faced lesbians,” said rival Sen. Elizabeth Warren of Massachusetts during a debate in Las Vegas last month, kickstarting the most effective collective political shanking since Julius Caesar as rivals pointed to his long history of demeaning remarks about women and his longtime support of a stop-and-frisk policing policy that overwhelmingly targeted innocent black and Latino men. “No, I’m not talking about Donald Trump—I’m talking about Michael Bloomberg.”

“Look, I’ll support whoever the Democratic nominee is,” Warren added later. “But understand this: Democrats take a huge risk if we just substitute one arrogant billionaire for another.”

Even before the results came in on Tuesday, Bloomberg had already given up on the idea of winning the Democratic nomination the conventional way, instead betting that a field that remains largely divided would force a contested convention, with Bloomberg emerging as the consensus choice.

“A contested convention is a democratic process,” Bloomberg told reporters. “There are rules in the Democratic Party about how you go about this, and I did see Bernie Sanders said all of a sudden he didn’t want to follow the rules I find it offensive that Bernie Sanders, who the last time he ran was in favor of that kind of a convention… now he’s opposed to it.”