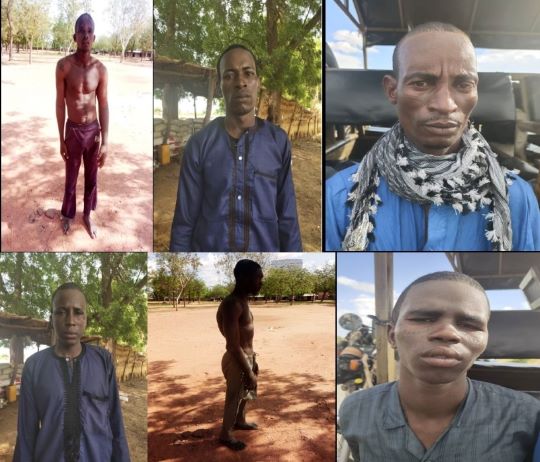 He said, while in custody, one of the suspects’ phone line received a call from other suspected bandits, urging him to quickly meet up with them for an impending attack. 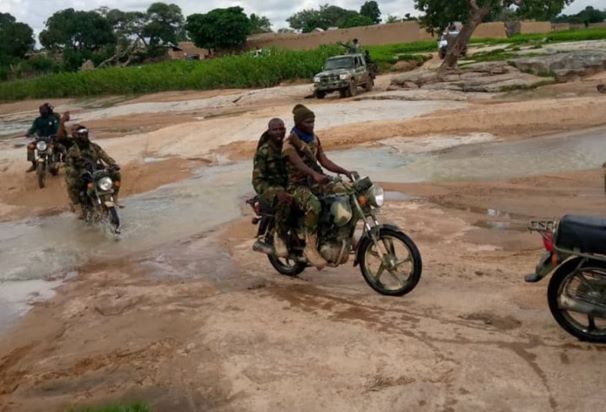 Onyeuko said efforts were currently on to track and arrest the callers.

He said all arrested suspects were currently in custody undergoing investigation.

The Acting Director Defence Media Operations also revealed that troops deployed at Forward Operating Base Wanke on 19 July 2020 swiftly responded to a distress call on bandits, rustling activities in the area but the bandits fled on information that troops were closing in on them.

He said the resilient troops exploited and recovered 20 cows rustled by the bandits in the process.

Onyeuko also stated that troops deployed in Funtua responded to a distress call on bandits activities in Kankara Local Government Area, went in pursuit of the fleeing bandits and recovered 8 cows which were subsequently handed over to the owners.

He said the troops responded to a distress call at Unguwar Tabo where bandits invaded and kidnapped one Nuhu Gambo.

Onyeuko said the victim escaped as the bandits abandoned him and fled due to the troops’ unabating pursuit.

He said troops of Forward Operating Base Bingi on 22 July, 2020, acting on credible information of armed bandits activities around Ragwada Forest under Maru Local Government Area stormed a bandits hideout in the area.

The Acting Director Defence Media Operations said the bandits fled the hideout abandoning 3 motorcycles, which were recovered by the troops.

He added that the troops responded to a distress call from locals at Zauni village in Magami district of Gusau Local Government Area of Zamfara State on the invasion by bandits in the town and rustling of cows.

Onyeuko said the troops swiftly mobilised to the area and went in pursuit of the bandits and in the ensuing encounter the bandits fled in disarray, as troops recovered 25 cows which had been handed over to the owners.

He said troops on clearance patrol at Mara Runka came in contact with bandits who opened fire on them from afar and the valiant troops responded forcing the bandits to flee with possible gunshot wounds abandoning 5 motorcycles.

Onyeuko said the resilient troops pursued and arrested 2 of the fleeing bandits and one black bag containing charms and N1, 650.00 were recovered from them.

The Acting Director Defence Media Operations said troops of Operation SAHEL SANITY are presently dominating the general area with aggressive patrols and ambushes paving way for smooth conduct of agricultural and economic activities by the locals.

He said the Chief of Army Staff Lieutenant General Tukur Yusufu Buratai commended the troops for their gallantry and resilience in the ongoing operation and urges them not to rest on their oars but build on the successes so far achieved.

He said the COAS further assured the people of the North-West zone of the Nigerian Army’s commitment to the safety of lives and properties within the zone.

PERSPECTIVES: NIGERIA @ 59: Three strikes and We are China, By...

NDLEA arrests three trans-border traffickers with 48,000 tabs of tramadol in...