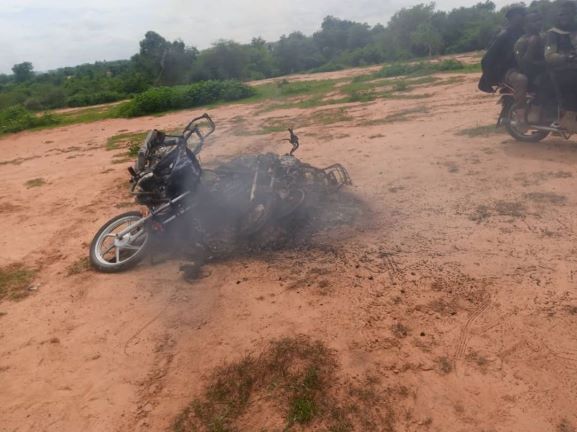 He said the gallant troops overwhelmed the bandits with superior fire power killing 6 of them while others fled with grave gun shots wounds.

He also revealed that troops on 13 July, 2020 responded to a distress call on an attempt by bandits to rustle cows at Kasele village in Batsari Local Government Area of Katsina State.

“As they swiftly mobilized to the scene, the bandits fled in disarray thereby abandoning the animals. Afterwards, the gallant troops have maintained presence in the village and normalcy restored,” Enenche said.

He said the Military High Command congratulated the gallant troops on their dexterity and encouraged them to remain resolute and sustain the offensives in the North West zone of the Country.