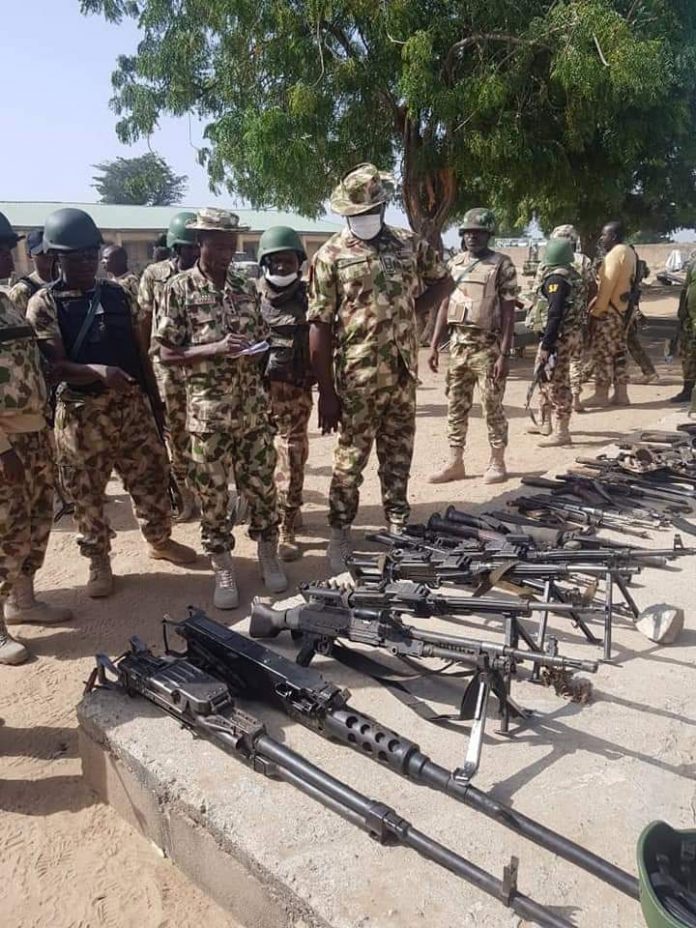 Confirming the report, Acting Director, Defence Media Operations, Brigadier General Benard Onyeuko, said on 25 October 2020 in what could appear to be a suicide journey, the BokoHaram/Islamic State of West African Province attacked the well-fortified Army Super Camp Damboa under 25 Bde in Sector 2.

He said the terrorists met their waterloo as they were pounded with superior fire power and additional fire support from the Air Task Force.

Onyeuko said the criminals withdrew in rout as they could not withstand the well-organised and determined soldiers during the encounter.

He added that the Boko Haram terrorists suffered severe casualties as 22 terrorists were neutralized while others escaped with varying degrees of gunshot wounds.

Other items included: One RPG 7 bomb, 116 Rounds of 7.62mm NATO and two hand grenades were recovered from the terrorists.

He said few soldiers were wounded in action and had since been evacuated and receiving medical treatment.

Onyeuko commended the troops of “Operation Fire Ball” under “operation LAFIYA DOLE” for the resilience, doggednes and commitment exhibited since the beginning of “Operation FIRE BALL”.

He encouraged the troops not to rest on their oars but build on the successes recorded.

The acting Director, Defence Media Operations, also assured the populace of the North East of the Nigerian military high command’s determination to finally rout the remnants of the BHT/ISWAP criminals from their enclaves in this zone.