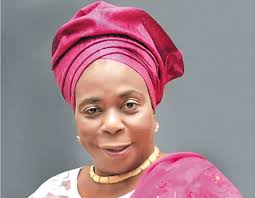 The National Assembly Election Petition Tribunal, sitting in Ado Ekiti, on Tuesday, nullified the election that produced the Chairman, Senate Committee on Media and Publicity, Sen. Dayo Adeyeye, as the winner of the National Assembly election in Ekiti South Senatorial District.

Consequently, the tribunal in a unanimous verdict, declared the former Minority Leader and the candidate of the People’s Democratic Party, Senator Biodun Olujimi, the winner of the senatorial poll, the News Agency of Nigeria (NAN) reports.

NAN recalls that after the declaration of Adeyeye, the candidate of the All Progressives Congress (APC), as winner by the Independent National Electoral Commission (INEC) in the Feb. 23, 2019 senatorial election in the district, Olujimi of the PDP, had approached the tribunal, praying that she be declared the actual winner of the election .

Olujimi submitted that she scored the highest number of lawful votes cast during the keenly contested poll.

In the alternative, Olujimi prayed the tribunal to nullify Adeyeye’s victory outright and order supplementary election accordingly in the district.

In her written address, the petitioner claimed that the election was not conducted in substantial compliance with the provisions of the Electoral Acts, having been allegedly fraught with all manner of irregularities.

She prayed the tribunal to annul votes in areas that were found to be incredibly marred by irregularities; over voting, multiple thump printing, ballot paper snatching, ballot paper stuffing and improper vote counting should be cancelled, to know the actual winner of the poll.

PDP aspirants resist pressure to step down for Obaseki

“CNN has egg on its face for airing an ‘exclusive investigation’...

ActionAid to Nigerian government: Incorporate “Care” at the centre of economy,...