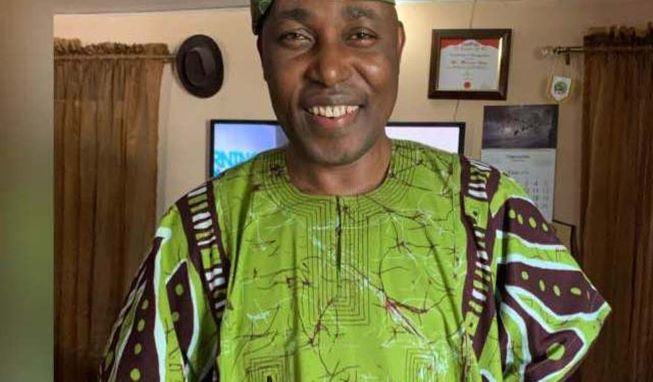 According to a chronicle, the late Dr. Samuel Manuwa operated on 10’s of 1000’s of people in the span of his 18-year career as a pioneer surgeon. Among other things, in 1952 he ensured that the entire African Hospital (General Hospital) floors in Lagos were properly redone in Italian terrazzo just as the colonialists had done in their (European) hospitals (later named Creek Hospital now Military Hospital Onikan).

Prior to that, you would be lucky if you didn’t contract hookworms from the floor if you didn’t wear shoes as an inpatient, especially in the patient bathrooms. Besides, Dr. Manuwa ensured that all resources were made available to fight Tuberculosis, which was, then an African Epidemic neglected by the colonialists. TB was then no respecter of persons or status. Records show that at his instance, films were made that then demonstrated how to prevent and identify Tuberculosis in Africans to the extent that cinema goers were shown in all cinema houses in Nigeria before other media presentations.

Sir Manuwa’s support and leadership won Nigeria the fight against Tuberculosis in the 50’s and early 60’s. As the leader in the Medical Community of West Africa, he ensured that meritocracy and excellence became the No.1 yardstick for every thing that had to do with the medical practice. There was no doubt then that people held him in very high esteem, so much that Her Royal Highness Queen Elizabeth II honored him with a knighthood in 1956 ‘for his Professional Excellence and Services to West Africa in the Field of Medicine’.

‘When trouble began for him’.

It should be noted that tragedy began for the health sector and indeed the federal civil service in July 1975, when the country went through a transition as a sudden change of government was effected within the military hierarchy. General Yakubu Gowon was removed and General Murtala Mohammed became Nigeria’s 3rd military head of State. At the time, Dr. Manuwa was in his official residence on Alexander Avenue in old Ikoyi, a place he had lived since the 1950’s with wife Lady Bella Manuwa. As the Government announced sweeping reforms in the Federal Civil service, “he was retired with immediate effect”, a development that triggered massive retirement, which swept off many senior civil servants at the time. To worsen the humiliation, Sir Manuwa was ordered to vacate his official residence “with immediate effect”. All pleas not to maltreat this eminent Nigerian and others fell on deaf ears. For such a distinguished man, it was reported then that the shocking ill treatment was unprecedented and undeserved, but he complied and moved to a place in Surulere where he took ill and died of a heart related problem in 1976.

Barely six months after his death, his wife (Bella) too died in a car crash involving some board members of Cadbury Nigeria Limited who were on a tour of northern Nigeria. What a tragic denouement to service of one’s country!

Therefore, Dr. Manuwa has been named among the great ones who developed UCH to a center of medical excellence it became from inception to the “Golden Era of Nigerian Medicine” in the 60’s and 70’s when members of the Saudi Royal Family came to seek regular specialist care at the University College Hospital, on Queen Elizabeth Road, Ibadan.

‘Not too late to honour Manuwa’.

Now that we know how this significant citizen has been denied an honour by successive governments, a special committee should be set up today on how to reboot UCH to its original setting as a global centre of medical excellence. That should be the starting point to revival of all other abandoned medical centres of excellence that corruption of the power elite have destroyed. And so, Nigeria’s leader who has been receiving treatment in a country that delivered an excellent UCH to us 64 years ago should reflect on this call so that people and their leaders can receive medical treatment at home.

That is the best way to honour Sir Manuwa beyond a street named after him on Victoria Island, Lagos.

‘When his people honored him’

As I noted here on Sunday September 24, 2017, the only honour so far done to Sir Manuwa was a local one by some concerned physicians of Ilaje extraction. An excerpt then from an article on it:

‘At long last, the Ilaje people in Ondo state defied a biblical warning to the effect that prophets are rarely honoured at home as they honoured Dr. Samuel Manuwa on Saturday September 16, 2017 at the Nigerian Medical Association (NMA) House in Akure, Ondo State Capital. It will be recalled that in my article here titled, “Dr. Samuel Manuwa, UCH Rebirth and Ailing President” on Sunday May 14, this year, I had attempted to establish a possible nexus between neglect of Nigeria’s first specialist doctor and decay in healthcare delivery in the country…’

The cynosure of all eyes on the occasion was a daughter of the late Sir Manuwa, Professor (Mrs) Aderonke Manuwa-Olumide. She is a Professor Emeritus, wait for this, in that same University College Hospital, Ibadan.
One of the remarkable papers, ‘Sir Samuel Manuwa: A Medical Genius Ahead of His Time’, was delivered by a Professor who knew Dr. Manuwa, Professor N.E Udonwa, of the University of Calabar Teaching Hospital. Dr. Elihu Medunoye who was Chairman of the Organising Committee is also Chairman of the Ilaje Medical Doctors Association that organised the first memorial lecture.

That was one remarkable goal ‘Inside Stuff with Martins Oloja’ has touched off. To God be the glory. It our expectation that this administration will wake up to invest robustly in the revival of Nigeria’s premier University College Hospital (UCH), Ibadan – as I was saying as a significant honour to the great memory of a significant citizen, the ‘Federal Republic of the Nigerian Army’sent to early sleep when his country needed him most in 1976.

‘The Abuja they always forget’!

For the umpteenth time, I wrote about it in January this year that: ‘…they forgot Abuja at 44 on Monday January 3, (1976-2020). They don’t respect any sense of history…They forgot February 3, again as the most important birthday of the nation’s capital, Abuja. It is the Founders’ Day they always forget….’
As I have always claimed, even the military powers that created Abuja are still wielding power but they too often forget their most important achievement while in unconstitutional power between 1966 and 1999. They forgot again that Monday February 3, 2020 that the nation’s capital clocked 44 that day. No fanfare. No one popped champagne. No colloquium. Not even a statement from the presidency and the FCT authorities including the Federal Capital Development Authority (FCDA) Abuja’s oldest physical development agency.

Curiously, the civilian powers that have been nurturing democracy from Abuja since 1999 too forgot that, that Monday was Abuja’s birthday. The governor and deputy governor of Abuja (the president and vice president) according to the 1999 constitution as amended too, forgot that their original 37th state and capital of the federation was 44 years old on February 3, 2020.

Former military president, General Ibrahim Badamasi Babangida who physically moved Nigeria’s capital from Lagos to Abuja almost 29 years ago may have forgotten too how the then FCT Minister, Major-General Gado Nasko gave him the key to the capital city in an early morning impressive ceremony at the city gate on Thursday, December 12, 1991.
Mr. Bisi Olatinlo, then of the FRCN (who speaks Igbo, Hausa and Yoruba fluently) was the main Master of Ceremony.

Painfully enough, all the presidents and FCT ministers except former President Olusegun Obasanjo and Malam Nasir Ahmad el-Rufai, have always forgotten to mark Abuja’s birthdays. Abuja has two distinctive birthdays they always forget: February 3, 1976 when the then Head of State, General Murtala Muhammed proclaimed Abuja as Nigeria’s new capital and legalised it (with a decree, Decree. No. 6, 1976) and December 12, 1991 when the then Head of State, General IBB moved the capital from Lagos to Abuja.

Only President Obasanjo and Malam el-Rufai as FCT Minister marked the birthday when Abuja clocked 30 in 2006 with a month-long grand programme that was rounded off with awards to deserved contributors to the growth and development of the nation’s capital since its birth. Yours sincerely was one of the recipients of the awards.

Curiously even when the capital was to mark its 40th birthday on 3rd February in 2016, no one remembered except yours sincerely who lamented in a back page article titled, “Forty hearty cheers! But who is saluting Abuja @ 40?,”which appeared on Wednesday, February 3, (2016). Yes, no one cared about the nation’s capital even when states that marked their 40th birthday then were celebrating theirs. Abuja has been an orphan of some sort perhaps because of total absence of democracy in its political and governance processes.

Here is the unreported trouble with Abuja: All the 36 states’ governors are elected but the ‘militicians’ who gave us this constitution made Abuja just a part of the office of the president, no thanks to Section 299-302 of the 1999 constitution as amended. Even the original inhabitants who have been agonising without organising well about unfulfilled promises since 1976, did not remember Abuja @ 40 and I said so here on February 3, 2020. Then I had noted: It should be 40 happy cheers to the people and government of Nigeria today (3rd February, 2016). Strangely, again as I read from the book of lamentation about this tragic amnesia that year, all the authorities in Abuja from the presidency through the Federal Capital Development Authority (FCDA) to the Federal Capital Territory Administration (FCTA) headed by a minister, seemed unaware of the landmark and events that should have been organised to mark the historic birthday of Nigeria’s capital.

Although they have always forgotten to honour the founding fathers of Abuja in public statements, I feel that President Muhammadu Buhari should have remembered to include Abuja, the capital of Nigeria as one of our significant achievements in his 60th Independence anniversary speech. Sadly, Abuja was again forgotten.

I hope a leader will remember someday to honour Abuja as a major symbol of our unity.
##

THAT “EBEANO” INFERNO IN ABUJA, By Tunde Olusunle