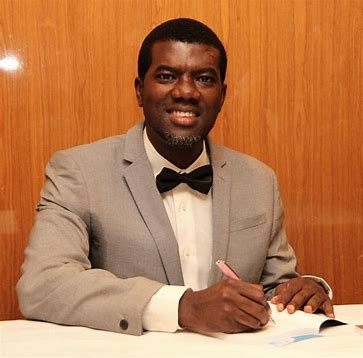 The Buhari administration and its propaganda arm are currently in overdrive mode trying to make a case against former President Goodluck Jonathan and his administration by claiming that he is responsible for the $9 billion judgment against Nigeria in the United Kingdom in a case brought against the nation by Messrs P & ID.

This desperate attempt to rewrite history will backfire just like other past futile propaganda of this goebellian government.

Nigerians, and especially journalists, are urged to peruse the court filings with regards to this case. They are public documents. To aid transparency, I will quote from the filings regarding the case.

“P&ID submits that it entered a gas supply and processing agreement with Nigeria’s Ministry of Petroleum Resources in January 2010. Pursuant to the agreement, P&ID claims that it would build the necessary facilities and then refine natural gas into non associated natural gas for a period of 20 years.”

Now, Nigerians should stop there and ponder. This transaction occurred in January of 2010. Former President Jonathan was not President in January 2010. During that time, he was completely shut out of power by an unelected cabal that ran Nigeria during the period of the ill health of the late President Yar’adua, before the National Assembly courageously intervened on February 9, 2010.

That cabal not only fought against the ascension of then Vice President Jonathan to the office of acting President, but went beyond that to take documents, including budgets and contracts, to Saudi Arabia, and claimed that the then ailing President Umaru Musa Yar’adua had signed them.

Nigerians may recall that the cabal announced on December 28, 2009 that the ailing President Yar’adua had signed a supplementary budget and other documents from his sick bed in Saudi Arabia, without the foreknowledge or acquiescence of then Vice President Jonathan or the Executive Council of the Federation.

In fact, a week later, the Conference of Nigerian Political Parties (CNPP) came out with an exposé alleging that the signatures on the documents were forged and Femi Falana (SAN) took up the case in court.

The man who packaged and arranged the signing of the contract with P & ID was a member of the cabal and Yar’adua’s minister for petroleum, the late Rilwanu Lukman.

Mr. Lukman and other members of the cabal treated then Vice President Jonathan with disdain and kept him in the dark about their actions because he had no executive authority, as the then President was unable to hand over to him as constitutionally stipulated due to the suddenness of his ill health.

That same cabal has resurrected and has now coalesced around President Muhammadu Buhari, with some of them being made either ministers, or formal and informal advisers. As a matter of fact, the main man behind that cabal is now one of the closest persons to General Buhari.

Nigerians may want to note that while this controversial contract was signed in January of 2010, former President Jonathan only became acting President on February 9, 2010.

So, if the Buhari administration is looking for someone to blame for this judgment against Nigeria, it should look at its own cabal.

Thinker. #1 Bestselling author of Facts Versus Fiction: The True Story of the Jonathan Years. Avid traveller. Table Shaker. Buhari Tormentor. Sharer of the Gospel, not the gossip.

Touching base with Osahon Obahiagbon, By Olatunji Dare