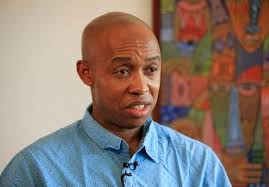 Senator Mohammed Sani Musa’s anti-social media bill now making its way through Nigeria’s upper legislative chamber in the Senate is worse than a throwback to the worst years of Nigeria’s experience of military rule. It is a hubristic act of inter-generational warfare that must be resisted and defeated. A Senate comprising essentially an analogue generation, whose average age exceeds Nigeria’s life expectancy by about 30%, seeks to liquidate the only means of expression left for a digital generation whose analogue rulers have afflicted with little choice and no hope. A cross-party effort, this bill is evidence of how elite consensus in Nigeria, wherever it happens, is both self-serving and irresponsible. Rather than start a war that it cannot win, the Senate should be well advised to withdraw this bill and seek to influence digital content through good leadership and positive example. It can still do so.

On 20 November 2019, in Nigeria’s upper legislative chamber, the Senate, the “Protection from Internet Falsehoods and Manipulation and Other Related Matters Bill”, successfully navigated second reading. The Senate has now committed the bill to its Committee on Judiciary, Human Rights and Legal Matters.

The sponsor of the Bill is Senator Mohammed Sani Musa, of the ruling All Progressives Congress (APC) representing Niger East in the north-central. In the debate on the Senate floor, Senator Sani Musa received ample support from Elisha Abbo, the woman-battering, young Senator of the opposition Peoples’ Democratic Party (PDP), representing Adamawa North in north-east Nigeria, and Abba Moro, also from the PDP representing Benue South in the north-central. In his last major public service role as Interior Minister, Mr. Moro presided over the culpable homicides involving the death of many young Nigerians in a phantom hire for jobs in the Immigration Service in March 2014, for which he proved incapable of empathy or compassion. Also supporting the Bill is Gobir Ibrahim Abdullahi of the APC, representing Sokoto East in north-west Nigeria.

Senator Sani Musa’s bill is not the only one on the books of the Senate at the moment seeking to eviscerate social media and free expression in Nigeria. His colleague from the neigbouring Niger North Senatorial District, Aliyu Sai Abdullahi, Baraden Borgu, is also single mindedly pushing “A Bill for an Act to Provide for the Prohibition of Hate Speeches (sic) and for Other Related Matters.” This latter bill proposes to create an “Independent National Commission for the Prohibition of Hate Speeches (sic)”.  In its earlier incarnation, Senator Sabi’s bill also included a provision for death penalty for what he calls “hate speeches” (sic). That will be a subject for another day.

Senator Sani Musa’s anti-social media bill is the latest in various attempts by successive administrations in Nigeria to social media their exclusive mouthpiece or, if they fail, shut it down. Previous attempts in 2014 and 2017 failed.

Senator Sani Musa’s bill is an awful cut-and-paste job. In every essential respect, the bill is a bad copy of Singapore’s Protection from Online Falsehoods and Manipulation Act No. 18 of 2019, signed into law on 3 June, which entered into force on 2 October, 2019. It comprises 36 sections, just a little over half of the 62 sections found in its Singaporean ancestor. Characteristic of Nigerian politicians, however, the author of the bill and his distinguished senatorial supporters are not interested in copying Singapore’s experience of decent and effective government. Rather, they want to extinguish in Nigerians any capacity to complain about a pattern of misrule that ensures that we can never dream of the kinds of things that the people of Singapore take for granted.

But this Bill is worse than merely a bad import from Singapore in a season when Nigeria’s borders are closed. In essentially seeking to re-enact the Public Officers (Protection against False Accusation), Decree, Number 4 of 1984, it clearly returns Nigeria to an era that is both forgettable and best forgotten.

Issued by the military in 1984, Decree No. 4 purported to punish any false report about the government, (then as now, headed by Muhammadu Buhari), which brought or was intended to bring officials of the military government into disrepute or ridicule. It substantially drew upon the Public Officers (Protection against False Accusation) Decree No. 11 of 1976, which also purported to punish allegedly false reports linking the then military regime or any of its officers with corruption or malfeasance. Decree No. 11 of 1976 was designed to separate the military regime of Murtala Mohammed/Olusegun Obasanjo from the scandal-ridden last years of its predecessor, the regime of Yakubu Gowon, whom they overthrew in July 1979. In one essential respect, however, Decree No. 4 of 1984 was different from and harsher than Decree No. 11 of 1976 – truth was no defence under Decree No. 4.

This is where Senator Sani Musa’s bill takes its inspiration from. Contrary to its title, the bill is far from solely or even substantially about Internet falsehoods and manipulation.  The bill proposes two broad categories of offences. First, there are offences for which truth may be a defence, such as the offence of doing an “act in or outside Nigeria in order to transmit in Nigeria a statement knowing or having reason to believe that it is a false statement of fact.” Against a charge for this offence, for instance, it may be a defence to plead that the statement in question was in fact true or reasonably believed to be true. The number of possible offences for which this defence may be available under the bill is, however, miniscule.

Second, and very importantly, for most of the offences under Senator Sani Musa’s bill, just as with Decree No. 4, truth is no defence. Quite clearly, it is impossible to legislate against falsehood by sending truth into exile.

Like Decree No. 4, this bill creates nebulous crimes in open-ended, subjective language, such as statements “likely to be prejudicial to the security of Nigeria or any part thereof”.

The crime of making a statement “prejudicial to public health, public safety, public tranquility or public finance” can be used, for instance, to jail any citizen for criticising a thieving politician.

The bill also proposes to criminalise statements that are likely to “influence the outcome of an election to any office”. This provision effectively would prohibit digital campaigns by opposition parties because all campaign statements made digitally are designed to influence election outcomes. It’s a charter for a single-party state and an end to political pluralism.

The clincher is the provision that seeks to punish statements likely to “diminish public confidence in the performance of any duty or function of, or in the exercise of any power by the government.” Under this, anyone who calls out government when it is not performing is liable to be jailed for a felony.

The punishment under this bill could be anything for up to three years or 300,000 Naira. The people most likely to be jailed are tech-savvy young people for whom the digital space is both livelihood and political oxygen.

There are many more notable things about this bill, not the least of which is the lack of federal character in the list of its distinguished advocates. Rightly or wrongly, the fact that its most ardent supporters come from one part of the country feeds an unhealthy narrative that contradicts the claim of its sponsors to being concerned about healing Nigeria’s deepening divisions.

In reality, Senator Sani Musa’s bill is a criminal mis-normer. It has little to do with Internet falsehoods or manipulation. Rather, it seeks to throttle active citizenship in Nigeria and to punish truth telling to people like these Senators who are in power today.

This bill is also a threat to entrepreneurship and can be used to shut down most digital start-ups.

If this bill passes, the last citizen left in Nigeria will not even be afforded the luxury of turning out the lights or whistling in the darkness. This is why Nigeria’s young people must rally together and tell these senators to stuff their sabres of inter-generational warfare.

•A co-convenor of Nigeria Mourns, Odinkalu works with the Open Society Foundations and writes in his personal capacity.

Man with 39 wives dies in India

Uzodimma: The governor as a quisling, By Ikechukwu Amaechi

My dangerous encounters with TB Joshua, By Justus Nwakanma