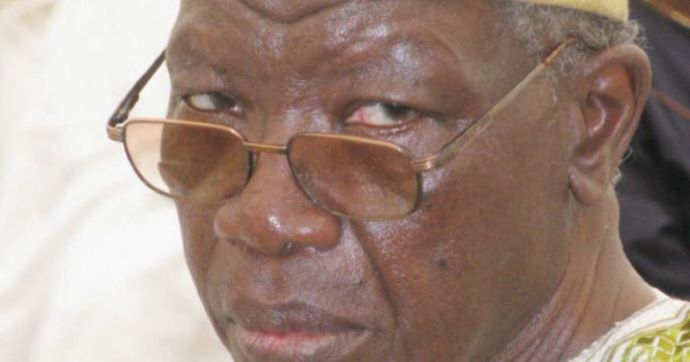 Lagos State Governor, Mr. Babajide Sanwo-Olu, has congratulated former governor of the State, Alhaji Lateef Jakande on his 91 years birthday celebration.
Governor Sanwo-Olu in a statement issued by his Chief Press Secretary, Mr. Gboyega Akosile, described Alhaji Jakande, as an elder statesman worth celebrating for his life of consistent commitment to public service.
The Governor said Alhaji Jakande popularly referred to as ‘Baba Kekere’ brought a lot of development to Lagos State as Governor between October 1,1979 and December 31, 1983 in line with the five cardinal programmes of the Unity Party of Nigeria (UPN), founded by the late sage and former Premier of the Western Region, Chief Obafemi Awolowo.
He also described the former Minister Works as epitome of honesty, dedication and service, who used his elevated positions for the betterment of the people he served, especially during his tenure as governor of Lagos State.
Governor Sanwo-Olu said Alhaji Jakande is one of the few Lagosians and Nigerian leaders who have contributed immensely to the growth and development of the State and the entire country by delivering dividends of democracy to the people.
He said the former governor left with impeccable records in Lagos State and that is why till date he remains a reference point for governors, not only in Lagos but across the country.
He said: “Alhaji Jakande’s administration introduced housing and educational programmes that targeted the poor, building new neighbourhood primary and secondary schools and providing free education for all.
“Baba Jakande within his four years in office established the Lagos State University. His government constructed over 30,000 housing units. The schools and housing units were of great value to the masses.
“Having distinguished himself as ‘Action Governor’ Alhaji Jakande was appointed Minister of Works under the Sani Abacha regime. He proved his worth in office by building thousands of housing units in different parts of Nigeria as Federal Low Cost Housing Estates.
The Governor added that Alhaji Jakande’s selling point is not only in politics but journalism, his chosen profession.
“Alhaji Jakande also made remarkable contribution to the media industry as a respected journalist and media manager. He used the power of the press to influence positive changes in the country’s social and political landscape.”
Sanwo-Olu wished the nonagenarian leader more years of joy and good health for a continued service to humanity.
Please follow and like us:

Edo PDP As A Punctuation Mark, By Josef Omorotionmwan

Drama as pastor sends out bridal train over “indecent dressing” during...