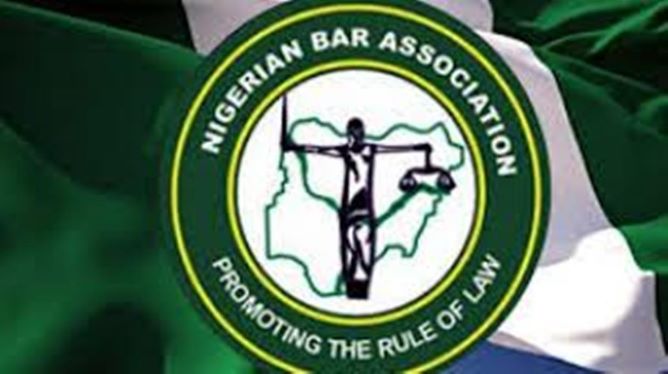 As we go into the election of National Officers of the Nigerian Bar Association, there have been heated arguments for and against the view that the occupant of the office of the Presidency of the Association must be a Senior Advocate of Nigeria, SAN.
While some have gone to the extreme of advocating that the office should be the exclusive preserve of SANs, others have however argued that, having regards to the fact that the office has continuously been occupied by  SANs, it was time to concede the office to non-SANs for equity and justice. I do not support either view.
My position is that the Man with the appropriate Competence and Vision, whether a SAN or non-SAN, should be given the mandate to lead the Association. Over the years, I have never taken notice of or cared to make my voting decision on the basis of whether a candidate for the Presidency of NBA was a SAN or non SAN. I have never voted on the basis of title or appearance but on my conviction of the popularity and competencies of the candidates.
However, I got worried sometime ago when I read a letter purportedly written by a SAN, expressing the unbelievable view that the Presidency of the NBA should be the exclusive preserve of Senior Advocates of Nigeria. That could never be a popular opinion or view in an Association where more than 90% of its members are non-SANs. Such narrow reasoning has never openly featured in the NBA campaigns in the past.
Like many non-SANs, and even some SANs, I personally feel insulted by the spirit and letter of that purported letter which sought to make the presidency of NBA the exclusive preserve of SANs to the exclusion of very competent members of the Association who are not SANs.
Furthermore, it tends to suggest that non-SANs who had occupied the position in the past, performed poorly or below expectations and hence the decision, written or unwritten, to ensure that only SANs must occupy the office henceforth. I have checked and found nothing to support such reasoning.
Conversely, I am also not in support of any view which tends to suggest that, in this election or future elections, non-SAN members should be given opportunity to be the president of NBA, to the exclusion of SANs, because they have continuously occupied the office or because the non-SAN members of the Association are in the majority.  Such view in itself, is defeatist, irrational and capable of promoting mediocrity in the Nigerian Bar Association.
Let me humbly put on record that, the highly respected late Dr Mudiaga Odje, SAN, who is widely and often cited as a legal luminary and one of the those who made immense contributions to the development of our constitutional and legal systems, was NBA President
from 1974-1976. He was conferred with the respected rank of Senior Advocate of Nigeria in 1978.
He was already an accomplished lawyer, and president of NBA before he became a Senior Advocate of Nigeria. History has it that he remains one of the best NBA presidents ever! Infact, he is on the A-list of my heroes!
Therefore in my view, what should guide us as Lawyers in our quest for a vibrant NBA, is competence, capacity and commitment to promote the cause and realise vision of the Association. We must avoid cutting corners to our destination because, the shortest route to any place may not necessarily be the safest.
Let us  avoid some roads where ‘Boko Harams’, ‘Professional Kidnappers’, dangerous ‘Herdsmen’ may be waiting to make the NBA their victim. I expect lawyers to know better in the circumstances.
May God bless the Nigerian Lawyer!
May God bless the Nigeian Bar Association!
May God bless Nigeria!
▪︎Peter Abulu, Esq. is an Attorney and Mediation Practitioner.
Please follow and like us:

Just In: 9 abducted ABU students released after payment of ransom

Good Lord! Something good has happened to Mathematical Segun Odegbami, By...