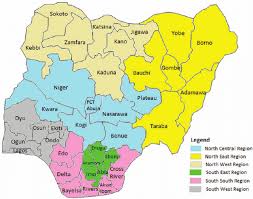 What is geographically referred to as Nigeria today is a product of the British colonial decision to amalgamate both the Southern and Northern protectorates in 1914 simply for administrative convenience of saving cost. Even before the famed amalgamation, early scholars agreed that the total area known today as Nigeria consisted of independent and variegated societies at different levels of societal development. What this means is that colonialism was in itself a brutal intervention in the lives of hitherto independent nations through conquest, unequal agreements (treaties) and pacification, as the case may be. This was how Africa’s biggest and, perhaps, most important country was birthed by the British and ruled by the Crown from London through some colonial officers in Nigeria headed by a governor-general.

As a result of fierce nationalist struggles and other global events at the end of the Second World War, like the declaration of universal suffrage and human rights, Britain came under intense pressures to grant independence to its former colonial territories. Nigeria was to benefit from this wave of independence in the international system on October 1, 1960. Thus, on this very day, the Union Jack was finally lowered for the Green-White- Green flag to officially pronounce Nigeria as an independent country.

On October 1, 2020, Nigeria will be celebrating 60 years of independent nationhood. 60 years ago, the founding fathers, nationalists and ordinary citizens of the country, saw independence more or less as a silver bullet. There was greater hope in the land that political independence would automatically translate into economic independence, freedom, social justice, equity, financial prosperity and the emergence of the most powerful black nation in the whole wide world. It was with the strength of this confidence that Nigeria’s first Prime Minister, Sir Abubakar Tafawa Balewa, mounted the rostrum on October 7, 1960, to address the United Nations General Assembly and announced the powerful arrival of Nigeria in the international system.

Sadly, five years into our independence, it would appear that the great transformation and gains of self-rule, which citizens yearned for, was just a mirage. The new political elite had literally replaced their British counterparts in enjoying the privileges of office rather than service delivery at the centre and the three regions of the country. It was not long before elite rancour, rivalry, and alleged corruption led to the collapse of the First Republic on January 15, 1966, when the military struck.

It is worth noting that before the ill-advised intervention of the military in politics, Nigeria was running a very competitive federal system of government that allowed each of the regions sufficient autonomy to handle local matters while cooperating at the centre. This system clearly entrenched economic prosperity with each region controlling its revenue and paying an agreed percentage to the centre as tax. For instance, Chief Obafemi Awolowo’s West relied on the export of cocoa, Sir Ahmadu Bello’s North, groundnut and Dr Michael Okpara’s East had a comparative advantage with palm produce. That way, each region developed at its own pace.

With the incursion of the military into politics, it was axiomatic that the first casualty would be federalism given the hierarchical and centrist nature of the military. And we believe that the decision of General Aguiyi Ironsi, to abolish federalism through the Unification Decree 34 of 1966 and establish a unitary government was the beginning of all that have become wrong with the country.

By 1967, the military had mismanaged the ethnic and religious fault lines and consequently plunged the country into an avoidable civil war that lasted until 1970. On the heels of the war, the military government further bifurcated the country by creating twelve states. This was done mainly to weaken the secessionist Biafran government in the East-central. Subsequent state creation exercises done by the military have followed this pattern of ignoring the requirements of needs and economic viability. Interestingly today, Nigeria is made up of 36 states including the Federal Capital, Abuja, many of which are literally broke and dependent on federal allocation for survival.  Yes, the country did return to democracy in the Second Republic in 1979. Significantly, the nation moved from the parliamentary to presidential system of government. The Shehu Shagari government was again toppled by the military led by General Muhammadu Buhari on December 31, 1983, to introduce yet another round of military rule which finally ended on May 29, 1999, after several costly transition programmes.

For the first time in her political history Nigeria has achieved her longest unbroken years of civilian government. So as the country turns 60 years, there is yet something to celebrate. Along with this longest run of democratic rule, another significant achievement, which the Nigerian government can boast of, is perhaps the inexplicable resilience of the country after many severe conflicts and social upheavals. Not many countries can go through the kind of fratricidal war that Nigeria went through and still be standing as a nation.

However, beyond the fact that the various ethnic groups that make up Nigeria have managed to stay together as a country, there is indeed very little to celebrate as a nation at 60. The lofty dream of the founding fathers of a strong, peaceful and economically viable nation is today at best a wishful thinking. Yes, Nigeria is still rich with human and material resources; but she can best be captured today with the annoying paradox of “rich country, poor citizens”. Thus for over five decades, various political elites have wasted and mismanaged the huge oil revenue that has accrued to the country with the better part of the revenue resting in their private pockets.

As a result of the dangerous combination of elite brigandage and prebendal politics, the majority of our citizens are today poor, hungry and sick. According to the World Poverty Clock in June 2018, Nigeria had become the poverty capital of the world with figures showing more than 87 million citizens live in extreme poverty. With 59.181 deaths per 1000 live births, according to United Nations statistics, the country’s infant mortality rate is among the highest in the world. And as even the officials of the Federal Government themselves confessed, the COVID-19 pandemic has exposed an almost non-existent health sector in the country. No less a person as Mr Boss Mustapha, the Secretary to the Government of the Federation (SGF) and chairman of the Presidential Task Force (PTF) on Covid-19, did state as follows: “I can tell you for sure, I never knew that our entire healthcare infrastructure was in the state in which it is until I was appointed to do this work”. If a senior government official can admit this much, then imagine how worse the situation is.

Even the acclaimed resilience of the country and its ability to remain one indivisible nation has come under tremendous scrutiny. Today, many of those who mouthed that the unity and indivisibility of the country cannot be negotiated are beginning to revise their position in the light of present realities. At no point has the country been divided as she is today with several groups wanting to break out of the federation in protest to bad governance and alleged and obvious marginalisation. In the Southeast, members of the Indigenous Peoples of Biafra (IPOB) have remained resolute in their demands for a separate country of their own. In the Southwest, there are muted calls for Oduduwa Republic. Sometime ago, Arewa youths from the North issued quit notice to all Igbos living in their region, without any sanctions from the Federal Government. Even more recently, the North central people had allegedly pulled out of the Arewa Consultative Forum.

When all these separatist agitations are added to the ensuing insecurity in the Northeast as a result of Boko Haram insurgency, even the most incurable optimist would agree that time is ticking on Nigeria’s continued existence as one country. Even the SGF, who represented Vice President Yemi Osinbajo at an inter-denominational church service to mark the 60th Independence Anniversary, remarked that there are now very visible cracks in the Nigerian federation.

The truth that must be told is that the style of President Buhari since his election in 2015 has contributed immensely to the widening of the chinks in the nation’s walls. First, his policy of rewarding those who voted for him first before others is patently anti-unity. Second, his perceived skewed appointments allegedly in favour of his own ethnic group, the Fulanis and fellow Muslims is another divisive factor. For example, the President’s appointments in the area of security are clearly dominated by his fellow Northerners and Muslims in flagrant violation of the federal character principle. Overall, there is a huge sense of social injustice swirling around the country – as some groups go about feeling superior to others in a country of equal citizens.

It is indeed our position that Nigeria has not lived out its potential as a great nation sixty years after attaining independence. It has been a case of one step forward, two steps backward. If anything, the country has even become poorer and more dependent economically and in many other spheres of life. Rather than clinking the glasses, this occasion of our 60th independence celebration provides yet another opportunity for our leaders to reflect on those things that have gone wrong for us as a nation, the several missed chances and the road not taken in the march to nationhood. Although, it could be said that 60 years are nothing in the life of a country, the truth, however, is that time is running out on us a nation!

The Time Magazine Editorial on Nigeria (10th November, 1958): INDEPENDENCE WITHOUT DIFFICULTIES IS A DREAM OF UTOPIA

No official ban on work permit to Nigerians in UAE –...