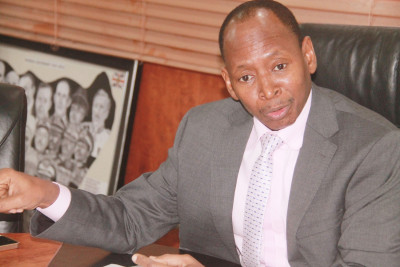 States and Local Government Councils will receive additional funds from February following the implementation of the 7.5 increase in Value Added Tax (VAT). This was disclosed by the Accountant-General of the Federation Ahmed Idris.

Idris was speaking with newsmen at the sideline of the Federation Account Allocation Committee (FAAC) 2020 Retreat in Lagos. The theme of the retreat is” Efficient Federation Revenue Allocation as a Nexus for National Economic Diversification”.

“You will see the impact of VAT increase from next month because effectively it took off on Feb. 1 and the states and local governments will definitely get bigger figures in terms of VAT allocation. “The Federal Government has 15 per cent, States have 50 per cent and the local governments have 35 per cent. “All these will be reflected in the succeeding months. I believe as from next month, we will see the impact of the increment of the VAT in the federation revenue,” he said.

Idris said that the federal government remained committed to increasing the contribution of the non-oil sector to the nation’s revenue base. According to him, states are also being encouraged to tap into the vast potential that abound in their respective areas to increase their Internally Generated Revenue (IGR).

“The key ways to achieve this growth in revenue have been given at the retreat. “So the states should go back and see the potential that are there and apply some of these keys and new ideas imparted during the paper presentation to increase their IGR,” Idris said.

COVID-19 vs hunger virus: Buhari, lockdown is not sustainable

Kaduna Workers’ Crisis: “Our doors are open for negotiations” – NLC

Just In: Oba of Benin sacks Harrison Okao as priest of...

WHO confirms first-ever case of Marburg virus disease in Guinea

PHOTONews: Public presentation and breakdown of highlights of the 2020 budget...