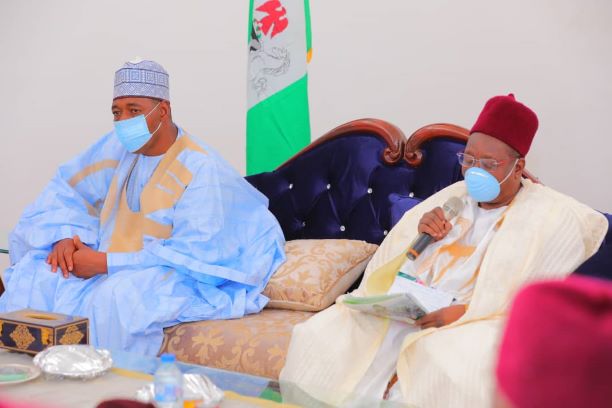 The Shehu of Borno, Alhaji Garbai Elkanemi, has said that the people of Borno State now live in fear of being attacked by terrorist groups.

The paramount ruler’s reaction came on the heels of a gun attack on Borno State governor’s convoy in Baga, last Wednesday, and the mortal attack on Maiduguri where six persons were officially declared killed and 27 injured on the eve of Eid-el-Kabir festival.

He also called for urgent actions to be taken to secure the life and property of the people and bring back reassurance of safety to the people of the troubled state.

The Shehu made the called in Maiduguri when he paid the traditional sallah homage on the Governor at the Government House.

The Shehu, during his homage on the governor, Prof. Babagana Zulum, said:  “Your Excellency, we are not happy about what happened in Baga the other time, it is very unfortunate and great pity.

“If a convoy of such highly placed person in the State will be attacked, I repeat, nobody is safe. The matter is getting worse, I urge everyone to raise up our hands to seek for Allah’s intervention.”

The royal father, who also spoke on COVID-19 pandemic, urged residents of Borno State to continue to adhere strictly to all preventive protocols advocated by health experts.

Speaking on the environment, the Shehu lamented the high rate at which tree was cut in the state, urging the state government to “take urgent steps in mitigating this dangerous act before it leads to a serious environmental problem.”

He called for the reintroduction of tree planting which was a regular practice in the past.

Governor Zulum thanked the Shehu for the visit and assured him of Government’s readiness to address the issues raised by him.

Osinbajo: No excuse for change of govt by coup d’etat

“Atiku is selfish, lied about always getting PDP’s ticket” – Afegbua