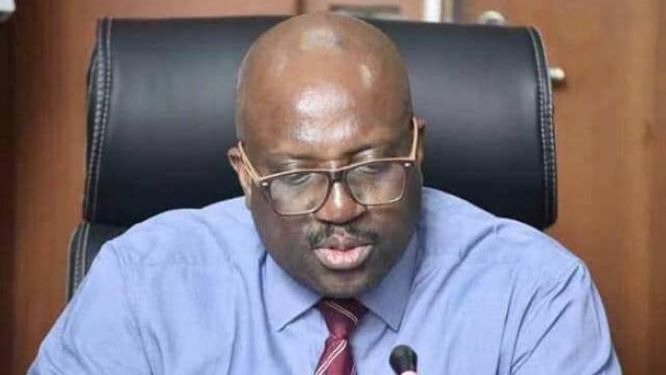 The Senate ad hoc committee investigating the misappropriation of funds in the Niger Delta Development Commission (NDDC) has asked that the Interim Management Committee (IMC) refund all “unjustifiable funds” paid to staff of the commission.

The panel also recommended that henceforth, the NDDC report directly to President Muhammadu Buhari and asked that the president dissolve the IMC and set up a board for the commission.

These are part of the recommendations read out by the chairman of the committee, Olubunmi Adetumbi, on Thursday.

This comes exactly two weeks after the acting Managing Director of the NDDC, Kemebradikumo Pondei, admitted that the commission spent N1.5 billion for staff as ‘COVID-19 relief funds’.

He made this statement at the investigative hearing on the N40 billion corruption allegation against the commission.

The Senate had on May 5 set up a seven-man ad-hoc committee to investigate the “financial recklessness” of the Interim Management Committee (IMC) of the commission.

The lawmakers said within the last three months, the commission has spent over N40 billion of the commission’s fund “without recourse to established processes of funds disbursement which has opened up further suspicion among stakeholders of the Niger Delta Region.”

They also faulted the IMC’s “arbitrary use of executive power in an alleged wrongful sacking of management staff without recourse to established civil service rules and practice with the aim of allegedly concealing the fraudulent financial recklessness they have committed.”

Presenting the report, Mr Adetumbi said the NDDC spent 4.9 billion on medicals between October 2019 and May 2020. He also said the commission spent billions of naira on “overseas travel allowance” at a time when countries were on lockdown and international flights were not operating.

He also said the explanations given by the IMC did not explain the need for “the reckless spending.”

The committee further recommended that oversight of the forensic audit should be transferred to the Office of the Auditor General of the Federation to ensure transparency. It urged the federal government to appoint a renowned auditor to supervise this forensic audit.

The panel also stressed the need to review the corporate social responsibility of the NDDC.

Deliberations on the report are still underway as lawmakers are taking turns to make their contributions and more recommendations.