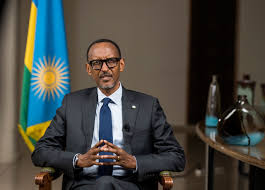 The Conclave reports that the news has been massively and consistently trending in online media space amid doubts created by a couple other reports indicating it was not true.

Patrick Nkuriza, according to more than ten different online publications in that axis,  is now Minister of New Technologies and Development of in Kagame’s cabinet.

Accirdung to Malavi Post, “This has amazed many world leaders while complimenting the saying that goes; ‘Value does not wait for the number of years to come’.”

In any case, the least the world can say is that this saying fits perfectly with the fate of Patrick Nkuriza, a 19-year-old Rwandan youngest appointed Minister of New Technologies and Development of his country.

Indeed, this little genius experienced a dramatic rise to the point of getting the baccalaureate at 14 and obtaining a PhD in digital communication engineer afterwards.

Patrick is a real gifted person who has developed several applications that allows his country to perform her activities in a lot of economic areas.

So it is right that he is appointed a minister in his specialty.

But a minister like no other, who lives with his parents and goes to work accompanied by his father in his escorted car.

According to Rwanda’s press, the young mister at home her mom washes her clothes and helps.

Ex-service chiefs as ambassadors. And why not? By Femi Adesina

Ortom to el-rufai: You are one of those who have misled...