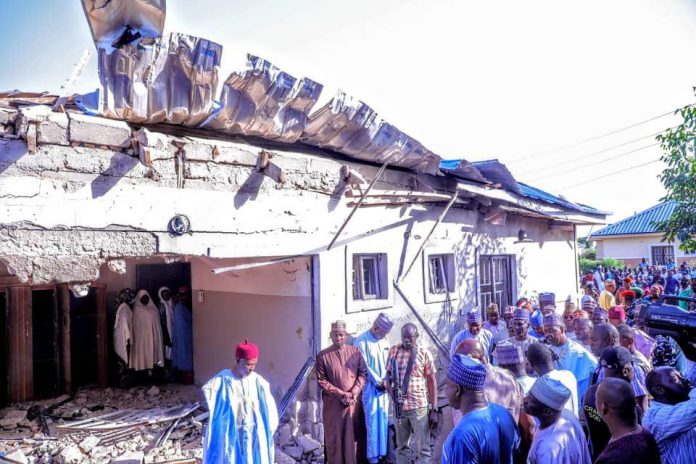 Borno State Governor, Prof. Babagana Zulum, has described a rocket attacked believed to have been fired by Boko Haram/ISWAP terror groups on Maiduguri, the state capital, as worrisome, calling on the military to wake up to ward off security threats.

The governor made the remark during a visit to the 1,000 units housing estate in Maiduguri which was hit by the rocket on Saturday morning.

He said he was setting up “a small committee” to assess damages inflicted and advise government on measures to avert future occurrence on the scene and other parts of the city.

Zulum who had been praising the military in the last one year was however unhappy with the attack as well as the recent abductions, while describing the Saturday attack as worrisome and called on the military to wake up from some instances of laxity. 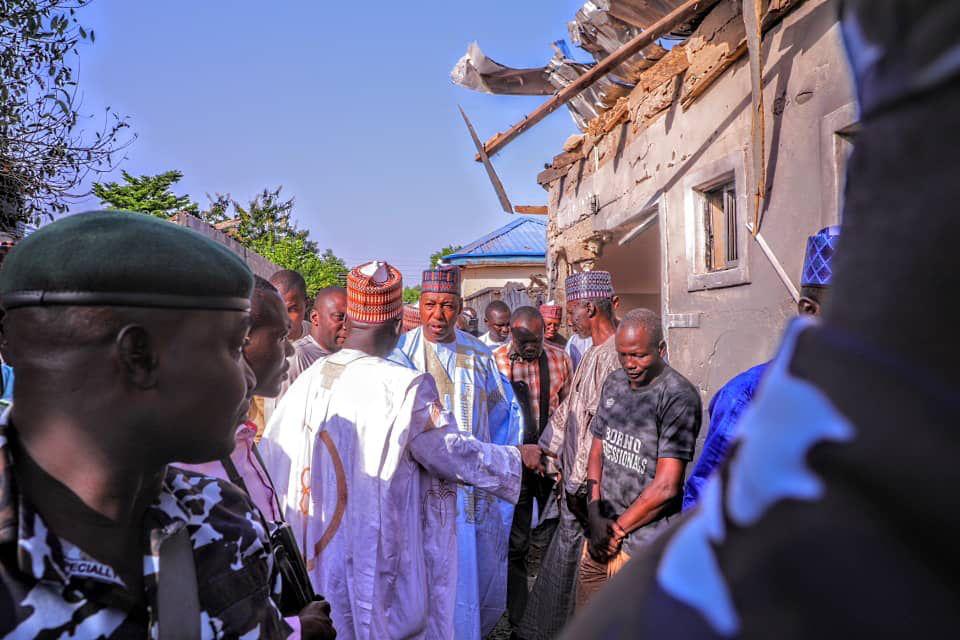 He said: “It is very sad and unfortunate that this kind of attack and others are happening at this time. It seems the insurgents came very close to Maiduguri. Our military have to wake up and ensure adequate surveillance. This is something we should be able to avert. For the insurgents to have come so close to fire rockets, I think there is something wrong that we have to check.

“We have to fortify Maiduguri, as we will continue to do around other cities and towns across the state. We have to ensure adequate patrols on daily basis to avert future attacks”

The explosives had hit a house at the estate, causing serious commotion around Ngomari Airport, Njimtilo and Shuwari villages which are near the estate. No life was lost, the governor was told.

Oshiomhole to Amaechi’s aide: Leave me out of APC’s leadership debate