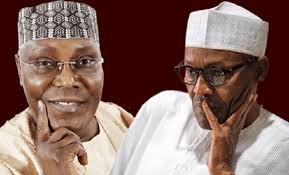 Former Vice president, Atiku Abubakar is right here (read his response to the 2021 budget proposal below), even though partly. The reason is that the Part II, Section 12 Subsection (2) of Fiscal Responsibility Act (2007) makes a case for the President to tilt the aggregate expenditure ceiling if there is a need to do so.

Specifically, the section says : “Aggregate expenditure for the financial year may exceed the ceiling imposed by the provisions of subsection (1) of this section, if in the opinion of the president there is a clear and present threat to national security or sovereignty of the Federal Republic of Nigeria.”

In addition, as Atiku Abubakar opined in his response to the 2021 budget proposal, the budget deficit of 3% ceiling of the Gross Domestic Priduct (GDP) for the financial year as stipulated in the PART II Sc. 12 (1) of FRA can be adjusted by the National Assembly if in their opinion, the percentage is sustainable. The key word here is sustainable.

Therefore, for a better approach, the President and the Finance Minister should have maintained the budget deficit of 3% of the GDP in the Budget estimates sent to the National Parliament. And then subsequently allow the NASS to increase the percentage via an amendment if there was a reason to believe the percentage was sustainable. Presenting a budget deficit of above 3% of the GDP without further explanation/rationale was wrong.

▪︎Ogunniyi is a risk advisor based in Ibadan.

Looking at the 2021 Budget Proposal placed before the National Assembly by President Muhammadu Buhari on Thursday, October 8, 2020, a number of issues, very grave and perhaps disturbing issues arise.

I could bring up several of them, but for the sake of its direness and consequence to our economy, permit me to address one very important issue.

The budget deficit in the proposal is ₦5.21 trillion. This amount is just over 3.5% of Nigeria’s 2019 GDP. This is contrary to the Fiscal Responsibility Act of 2007, which provides in Part II, Section 12, subsection 1 that: “Aggregate Expenditure and the Aggregate amount appropriated by the National Assembly for each financial year shall not be more than the estimated aggregate revenue plus a deficit, not exceeding three per cent of the estimated Gross Domestic Product or any sustainable percentage as may be determined by the national Assembly for each financial year.”

So clearly, the budget deficit of ₦5.21 trillion, as announced by President Muhammadu, is above 3% of our GDP and is therefore in contravention of the Fiscal Responsibility Act of 2007.

Even more disturbing is the fact that our GDP has fallen sharply from its 2019 figures, and has been projected by the World Bank and other multilateral institutions at somewhere between $400 billion and $350 billion. Meaning that in actual sense, the ₦5.21 trillion budget deficit is actually far above the 3% threshold stipulated by the FRA.

That this escaped the notice of the Buhari administration shows a glaring lack of rigour in the formulation of the Budget. A very disturbing development.

Furthermore, this deficit shows the precarious state of our national finances, which have since been overburdened by excessive borrowing on the part of the Buhari administration.

It has not escaped my attention that the Fiscal Responsibility Act of 2007 makes provision for the National Assembly to raise the threshold of the budget deficit from 3% to a higher figure. However, if this is done, they will be serving this administration’s interests, not Nigeria’s, because the Act says that such a threshold must be sustainable. Is it sustainable when our budget makes almost as much provision for debt servicing, as it does for capital expenditure?

As such, I call on the President, to recall this budget, and recalibrate it to reflect the provisions of the Fiscal Responsibility Act of 2007, and the current economic realities of the nation. To do otherwise will not only be unpatriotic, it will also be catastrophic for our nation’s economy.

Lai: The most dangerous minister in Buhari’s cabinet, By Frederick Nwabufo