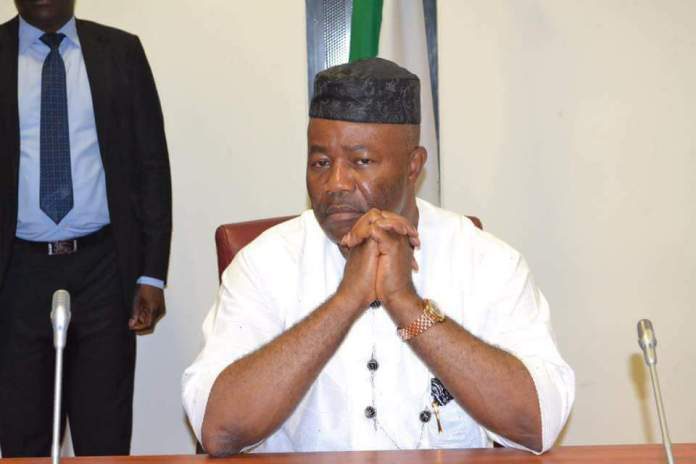 The House of Representatives has given the Minister of Niger Delta Affairs, Sen. Godswill Akpabio, 48 hours to publish names of lawmakers with contracts in the Niger Delta Development Commission (NDDC).

The Speaker of the house, Rep. Femi Gbajabimila, gave the ultimatum at plenary on Tuesday in Abuja.

He said that the minister should publish the names of the companies, the amounts the contracts were awarded, the location of the projects and every other detail of payments.

Gbajabimila warmed that failure to publish the details of contracts awarded to lawmakers would attract the full weight of the law.

This ruling was sequel to a point of order raised by the Minority Leader, Rep. Ndudi Elumelu (PDP-Delta), on the floor of the green chambers.

At an investigative hearing on the alleged misappropriation of funds amounting to N40 billion in the NDDC, Akpabio had said that 60 per cent of contracts in the commission were awarded to lawmakers.

Gbajabimila said that Akpabio was just playing  one of the oldest games in the book by throwing a baseless accusation to cause distractions.

According to him, this is my fifth time in the house and I have never benefited from any contract and it so for many of us here.

He said that ahead of the probe, the Chairman of the Committee on NDDC, Rep. Olubumi Tunji-Ojo (APC-Ondo),  was accused of collecting contracts without documents to back it up.

Gbajabimila recalled that Tunji-Ojo stepped aside as a result of the accusation, and when asked at the probe Akpabio denied knowledge of any of such contract awarded to the Chairman.

He said that such practices would not be allowed to stand in the legislature.(NAN)

Osun at 30: ANCOPSS congratulates Governor Oyetola, people of the state